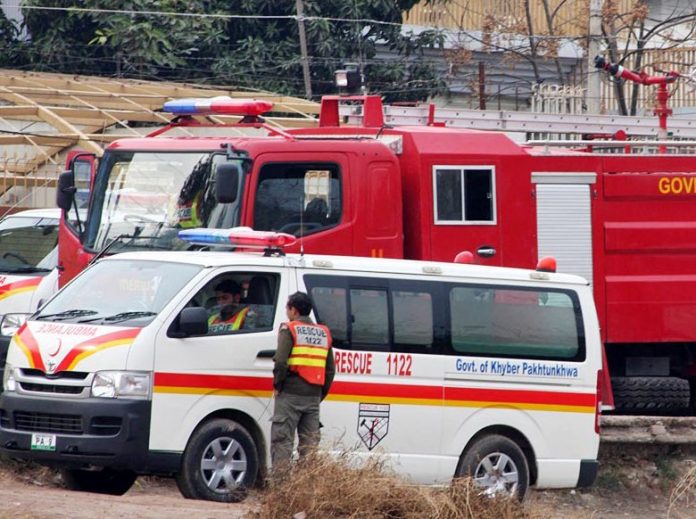 PESHAWAR: The Khyber-Pakhtunkhwa (KP) government to extend the Rescue 1122 service to all the tribal districts during the next five years. Bilal Ahmad Faizi, spokesperson for the Rescue 1122 said on Friday that legal draft and feasibility report have been prepared in this regard and are being presented to the government for implementation.

Faizi added that prior to the rescue service start operations in the region a feasibility survey was conducted to determine the need of each tribal district. He added that the recommendations have been compiled and will be sent to the provincial government. Faizi said that the feasibility report has already been prepared and gradually the services will be extended to tribal districts.

The director general of Rescue 1122 Dr Khateer Ahmad said that the government is treating the extension in services to the tribal areas as a priority. He added during the next five years the service will be extended to 17 districts of the province which also include seven tribal districts at the cost of Rs 4. 75 billion. He added that it also includes the construction of 22 emergency centres, the hiring of rescue workers and the purchase of the latest rescue equipments.

Initially, the service will be extended to district Mohmand, Bajaur, Orakzai, Khyber, Kurram, North and South Waziristan, Lakki Marwat, Bunir, Tank, Kohistan, Torghar and Kolai Plass area of the province. At present this service is available in 10 districts. While in Karak and Hangu, the hiring process for the services has been initiated.