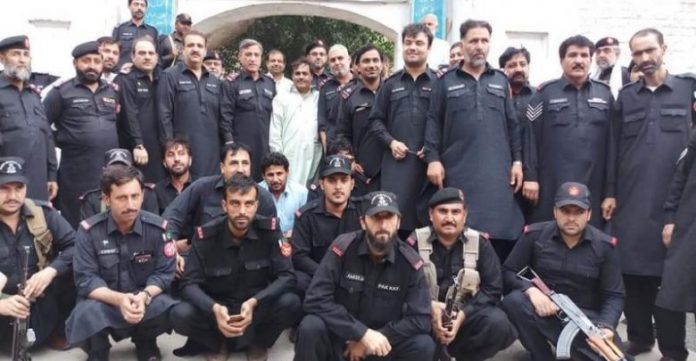 In this regard, a notification was also issued which provide a period of 6 months during which the process of merger of both forces with the provincial police department will be completed. Technically, the Khyber Pakhtunkhwa Police Act, 2017 would be amended to allow for absorption of Levies and Khasadars in the KP police department.

The CM said that some 28,000 personnel, belonging to both the forces in tribal districts, would be benefited from the move. He added the government has completed its promise and all the grievances of the protesting Khasadars and Levies forces have been removed. The Chief Minister said that he has earlier assured that no one would be unemployed and that all reservations would be addressed.

“Today is a historical day as from today all the Levies and Khasadar personnel will be the part of the KP police,” announced the Chief Minister.  The Chief Minister further announced that both the forces will be provided proper training and expressed the hope that they will be policing tribal districts in the best way.

The Chief Ministers’ advisor on Tribal district, Ajmal Wazir was also present during the press conference. Wazir said that the salaries and other incentives given to the KP Police would also be provided to the Khasadar and Levies personnel. The advisor informed that they will be accommodated in the police on the basis of their present ranks. Talking about the financial resources that will be required for the full merger of both the forces, Wazir made it clear both the prime minister and chief minister have ensured that there would be no shortage of funds for the merger.