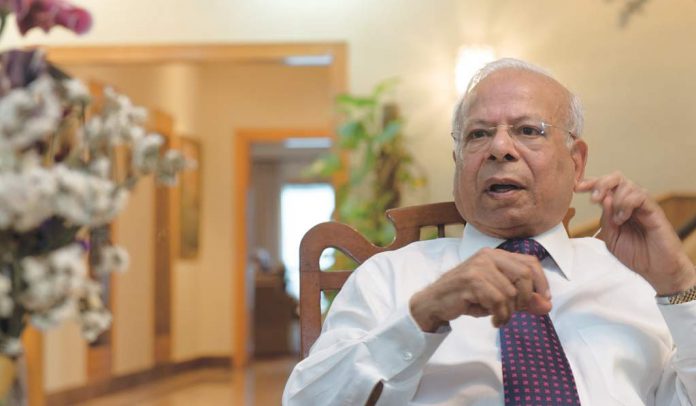 PESHAWAR: Advisor to Prime Minister on Institutional Reforms, Dr Ishrat Hussain said that government supports private sector as driver of economic growth and will provide incentives to KP business community to promote industrialization, economic prosperity and development of the province.

The PM aide PM was addressing as a keynote speaker at a seminar titled: “Investment opportunities in KP: Driving sustainable development in the province”, held under auspices of Sarhad Chamber of Commerce and Industry (SCCI) in collaboration of GIZ on Wednesday.

Senator Nauman Wazir said that KP is producing low-cost electricity but receiving electricity on high charges. He, however, said the province will soon get electricity at the cheapest rate of Rs10 per unit very shortly. “KP people, especially industrial workers are very talented and hard worker, which needed to be properly trained”, he stressed, added that there should be allocated proper fund for skilled development of workers.   Senator Wazir said that initiatives had been made to curb smuggling and illegal trade on Torkham border. He stressed the need for taking practical steps for the development of mines and mineral sector.

Leader of United Business Group, Senator Ilyas Ahmad Bilour while speaking at concluding session said that the trade volume between Pakistan and Afghanistan had declined at $ six million from $ 3billion. He suggested the signing of Free Trade Agreements (FTAs) with Afghanistan and Central Asian Republic countries.

Ilyas Bilour criticized that the PTI led the government to have economically failed, adding that despite the passage of six years of rule in Khyber Pakhtunkhwa, people of the province had yet to see any change as the PTI completely deviated from its pre-election promises.

He took credit for passage of 18th constitutional amendment; saying that ANP led government had really delivered the people of KP during its last government in the province. He congratulated the GIZ and SCCI for successful arranging the investment conference in Islamabad.