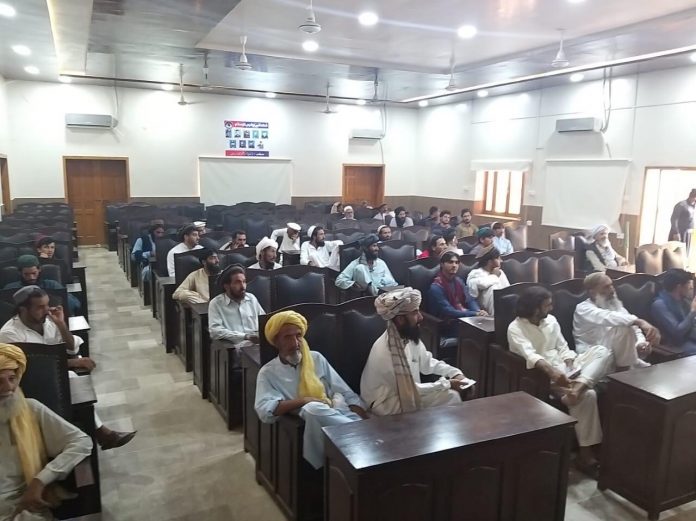 PESHAWAR: The Khyber-Pakhtunkhwa (KP) relief and rehabilitation department have started providing financial support to war-affected families of North Waziristan, whose homes were destroyed during the war against terrorism.

The financial support is being provided under the Mrasta program of KP government. The KP relief department while sharing data with the media said that during the war in North Waziristan a total of 436 houses were affected out of which 222 houses were completed destroyed while 241 were partially damaged.

The department officials said that for the reconstruction of all the 436 houses in the North Waziristan tribal district, the government has allocated Rs 1.23 billion which will be provided to the families in phases. The officials revealed that out of 436 victims so far they have provided such financial support to 168 victims and among them, a total of Rs 500.11 million has been distributed.

The officials added that the process is currently going on and very soon all the 436 victim families will be provided financial support for the reconstruction of their houses under the Mrasta program.

For almost a decade the mountainous tribal area of North Waziristan was home to extremism and terrorism. Against the militants, the Pakistan army launched several successful operations and defeated the militants in two years of intensive fighting.

During the war, not only several hundred civilians and security forces were martyred but also infrastructure, including homes, schools, hospital and businesses, of the tribal people were also completed destroyed and about one million people were forced out to take shelter in settled districts IDPs camps.

Now that peace has been restored, the first-ever election was held and IDPs have returned, the people of North Waziristan have asked the government to provide them with basic facilities of life and financial support to reconstruct their houses and destroyed business centres.