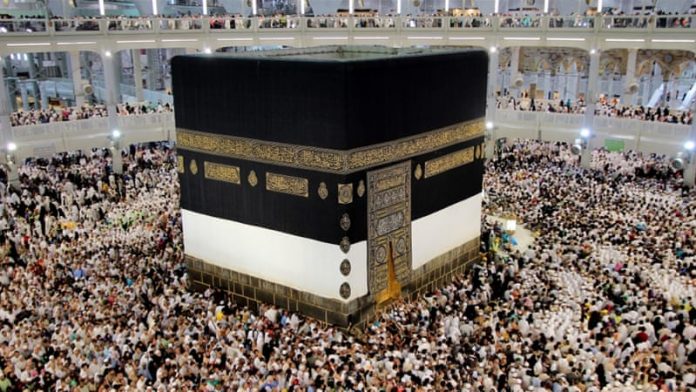 PESHAWAR: The federal government will return amount ranging from Rs25,000 to Rs58,000 to each intending pilgrim on account of hiring cheap residential buildings and saving transport and other expenditures in Saudi Arabia.

The return amount will depend on distance of residence of intending pilgrims in Makkah from the holy site where Hajj is performed. The Ministry of Religious Affairs and Interfaith Harmony will start returning the amount to pilgrims from July 3 through the Haji camps set up across the country.

Minister for Religious Affairs and Interfaith Harmony Noorul Haq Qadri said this while addressing a press conference along with Special Assistant to the Prime Minister on Information and Broadcasting Dr Firdous Ashiq Awan in Islamabad after a federal cabinet meeting on Tuesday which formally approved the Hajj Policy-2019.

The minister said the government will distribute the additional Hajj quota of 4,316 granted by Saudi Arabian government among the government scheme pilgrims through transparent balloting. He said as many as 200,000 Pakistani pilgrims would perform Hajj this year, including 123,316 under the government scheme and the rest under private scheme. He said Prime Minister Imran Khan has strictly directed that best facilities should be provided to intending pilgrims and Hajj must be scandal-free.

The minister said special immigration counters had already been established at the airport which would save the precious time of pilgrims at the Jeddah airport where they had to wait for 12 to 14 hours in the past. He said the luggage of pilgrims would also directly land at their respective residences. He said latest air-conditioned buses have been hired for the transportation of Pakistani Hujjaj.

Dr Firdous Ashiq Awan said Imran Khan would inaugurate ‘Road to Makkah Project’ and also bid farewell to the intending pilgrims from Islamabad tomorrow (Thursday). The special assistant explained that immigration of the pilgrims would be conducted at the Islamabad airport for which a team of 51 Saudi officials had already arrived in Pakistan.