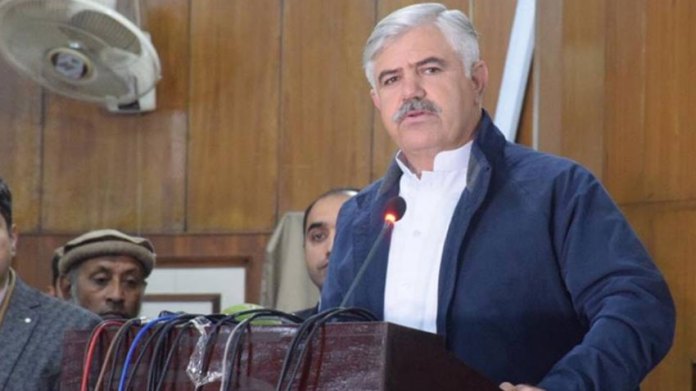 PESHAWAR: Chief Minister Khyber Pakhtunkhwa Mahmood Khan has said that shelter-homes will be established in Kurram district and at all divisional level in the province. Khan added the local people would be recruited in the police for the new districts by giving them relaxation in age and education.

He was talking to MPAs at his office in chief minister secretariat Peshawar. The CM called upon the elected representatives to identify the need-driven developmental schemes in their respective constituencies and mobilize their energies for mitigating the sufferings of the people.

The Chief Minister assured to open up the newly merged districts to the national stream of development. “The natural resources of these areas would be made the base of the economy, the commercial, trade and economic activities in the near future would bring about prosperity to the people of these areas,” said the Chief Minister. These areas also have the potential for tourism along with the other areas of the province and the provincial government was committed to develop tourism as an industry, he added.

He assured that the reconstruction and rehabilitation of the newly merged districts would continue to be placed at the top of his government priorities. The people of these areas would be brought to the national stream of development.

He assured to continue visiting the tribal districts along with other districts of the province in order to personally keep himself abreast of the ground realities, the real issues of the people and work out the development and welfare strategy while sitting among the people. The ten years plan for the rehabilitation and reconstruction was the ultimate goal of the government which would never be compromised, he added.

The Chief Minister advised the MPAs to keep liaison with the people of the respective consequences and tell them about the government commitment to the resolution of their problems. He said that we have multiple challenges but we would overcome them.