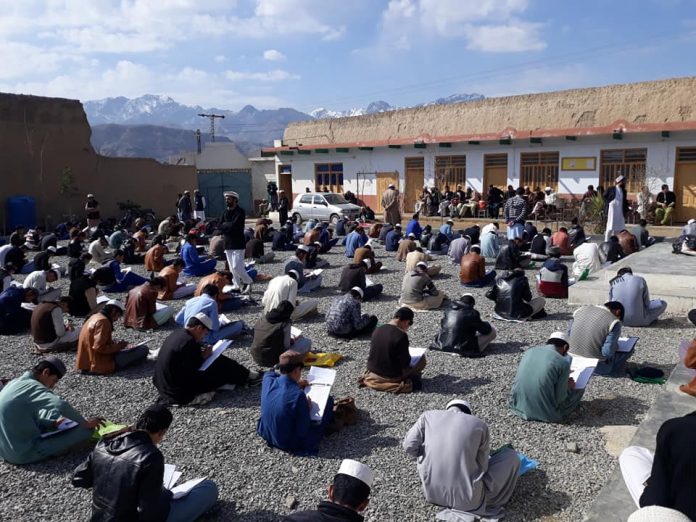 The decision was taken during a meeting in Chief Minister House. The purpose of the scholarship is to provide greater opportunities to deserving students in the higher education sector of the province.

The program name literally translates into ‘stars of Pakhtunkhwa’ and it was started by the previous government to provide monthly stipends for two years to the top 20 students of the secondary school certificate and intermediate examinations across the province.

Under the program, the Elementary and Secondary Education (E&SE) department said students who secure the top 20 positions in the SSC exams are provided Rs10, 000 per month, while the students of intermediate are given Rs15, 000 for the same period.”

Mehmood Khan furthered those 6500 additional posts for teachers will be approved soon in order to do away with the shortage of staff in the primary schools of the tribal Districts of the province. The meeting was informed that the five-year plan for reforms in the E&SE sector will be presented to the provincial cabinet soon for approval under which 10,000 international standard classrooms will be constructed in schools throughout the province.

The CM directed the E&SE Department to immediately complete the hiring of teachers on 7500 vacant posts in the province further directing that modalities for additional 12000 posts should be worked out and a summary in this regard be finalized for approval.

Khan further directed that the existing 6000 schools in the Newly Merged Districts should be given the same infrastructure and related facilities as per schools in other areas of the province.

The meeting was informed that 350 schools in tribal Districts have been reconstructed whereas the restructuring of the entire E&SE department is underway. In addition to the introduction of IT in schools throughout the province, E&SE department is also currently imparting training to teachers in 16 districts of the province under its professional development program.