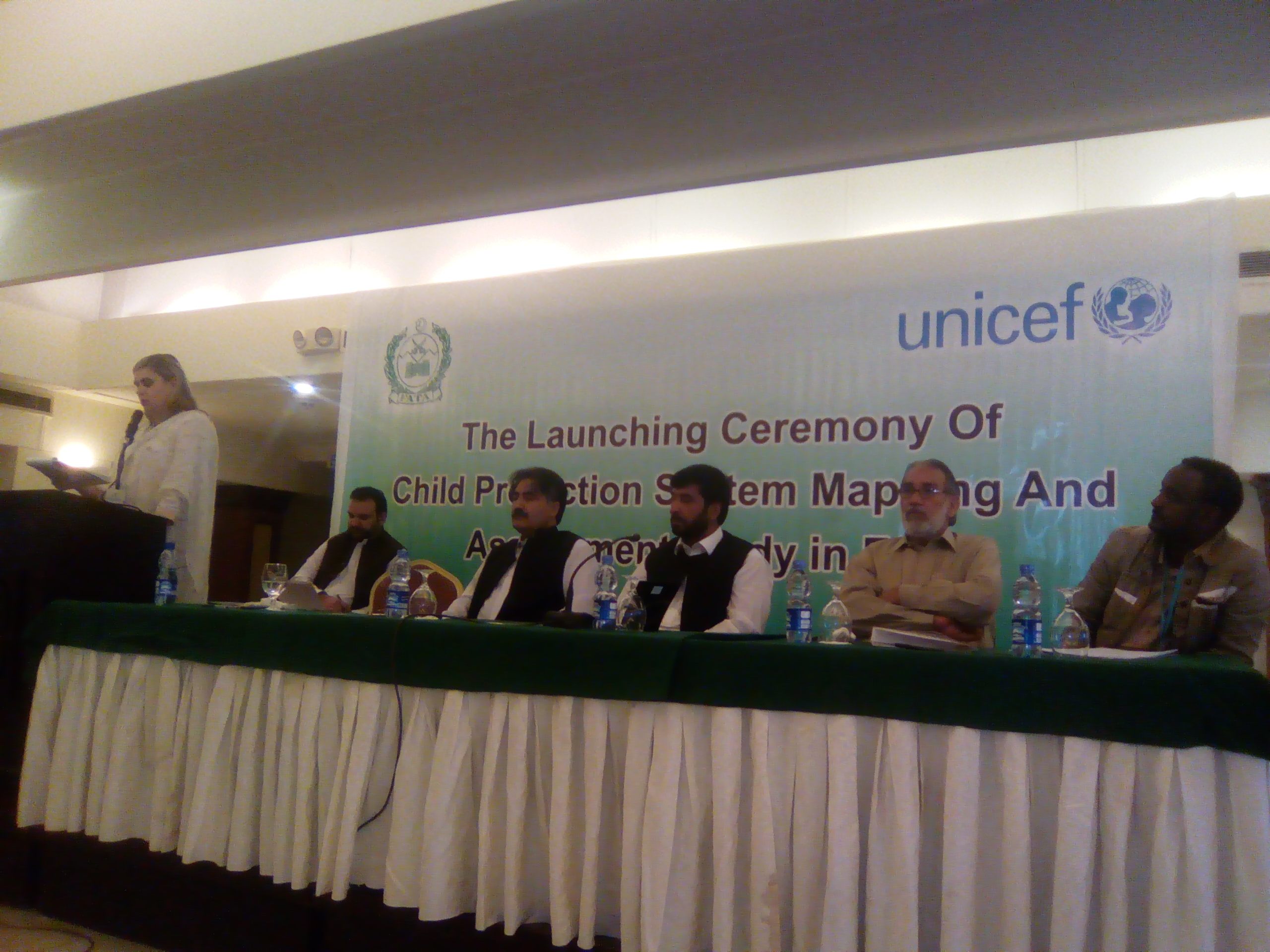 PESHAWAR, 25 October: The federal government has extended no law for protection of children protection to Federally Administered Tribal Areas, revealed a study conducted by UNICEF.

This was revealed at a review titled Child Protection System Mapping and Assessment Studies prepared by UNICEF in collaboration with Fata Secretariat’s Social Welfare Department.

The review was launched at a ceremony here where Director Social Welfare Department Ubaidur Rahman stressed on need for extending juvenile justice law to Fata to deal with children involve in crimes.

UNICEF representative for Pakistan Sara Coleman said that they were providing technical assistance to Pakistan for children protection. She said that there was dire need of legislation for protection of children in tribal areas.

The participants urged the Government of Pakistan to extend the laws and form a commission to deal with cases of children harassment and their protection.