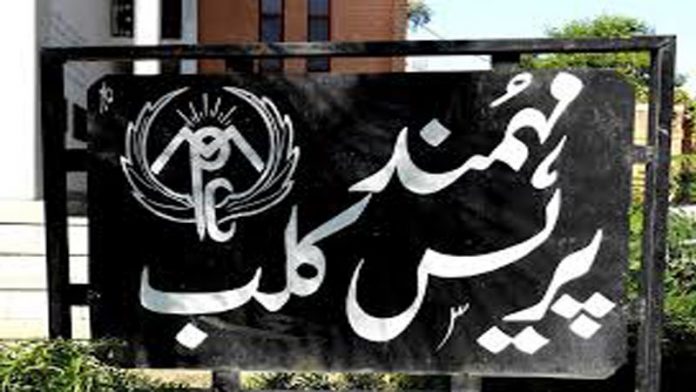 GHALANAI: The participants of a roundtable conference organized by Mohmand Press Club asked the government for efforts for early local government elections and end the decades-long sense of deprivation developed by the people in the area over the years.

The event was titled, ’25th constitutional amendment; what next’ was attended by parliamentarians, political activists, representatives of media, academia, civil society, legal fraternity, writers and intellectuals, youth forums, educationalists and medical professionals.  The participants also urged the government to hold provincial assembly elections on the seats reserved for the region while demanding a decent increase in the seats allocated to the area.

Member National Assembly and Chairman Standing Committee on States and Frontier Regions Sajid Mohmand said the federal government has released Rs 100 billion to the provincial government for the uplift of the war-hit tribal region as part of its 10 years socio-economic development plan. Mohmand added the funds would be operated through a separate bank account with a well-defined monitoring mechanism in place to ensure the funds allocated for the region are duly spent on the development of the area.

Pakistan People’s Party’s tribal chapter President Dr Farooq Afzal asked the government to immediately open up Gorsal border for trade with Afghanistan if it really wants to see the region prosper. The volume of bilateral trade with Afghanistan, he pointed out had dropped down to 500 million dollars during the recent past. He said the bilateral trade had the potentials to be raised up to Rs. 8000 billion annually.

A legal expert Mr Zahir Shah Safi advocate said the issues of Levis and Khasdars are being exploited by the anti-merger elements. He suggested that the government should resolve the issue immediately to put an end to the confusions surrounding the issue while denying space for the anti-merger lobbies to capitalize on.

Speakers asked for a well-thought and well-defined developmental agenda in the war-hit area to raise its human development indicators and bring it at par with the rest of country. This will not only put the backward region on the track to prosperity but also deny space for the non-state actors in the region to make a comeback. Participants urged the government to allocate the promised 3 per cent NFC share for the region at its earliest.

Some of the participants stressed the need for creating awareness amongst the masses regarding the reforms process, recommending a key role for media, political parties and civil society, to make the entire reform process a success. This, they argued, will foil the bid of the anti-reform elements to sabotage the process.