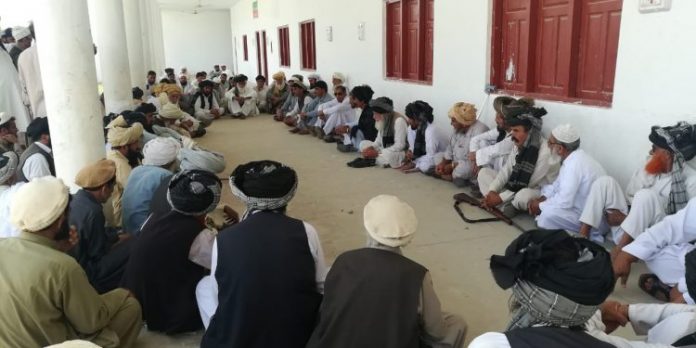 PESHAWAR: A grand jirga of Tribal elders of Frontier Region (FR) Bannu, Mohmand Khel, BaKa Khel and Jani Khel have unanimously imposed fine on all those Levies and Khasadar men who have accepted shoulder promotions and joined the Khyber Pakhtunkhwa (KP) Police without the consent of their respective tribes.

The jirga has warned that if the titles and other incentives were not returned within 10 days to the KP Police, the Jirga will impose a fine of Rs 1 million on each levy and Khasadar mam, who has joined the KP police.

It is pertinent to mention here that such a Jirga was earlier held in North Waziristan, where a unanimous decision was taken against all those who have joined the KP police force, without the consent of their respective tribes.

The Khyber Pakhtunkhwa government has announced to merge both the paramilitary forces with the KP police, during the coming six months. Government has promised that they will be provided salaries and other incentives at par with KP police personnel.