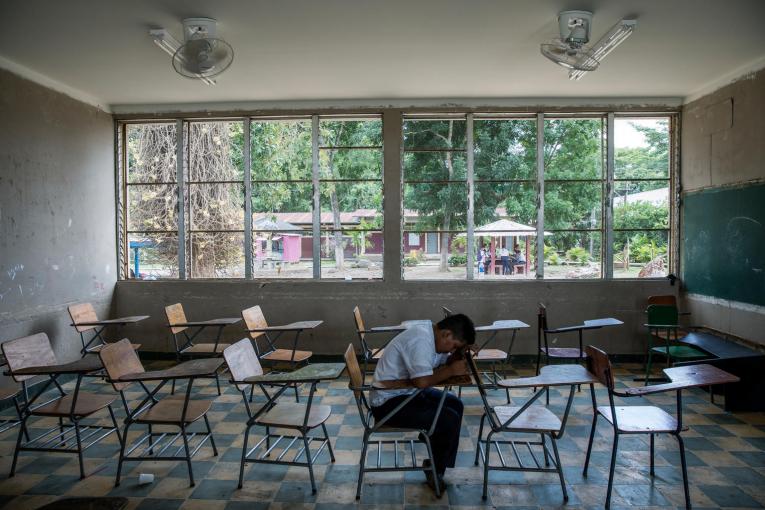 PESHAWAR: Half of students aged 13 to 15 worldwide — around 150 million young people — report having experienced peer-to-peer violence in and around school, according to a new report released by UNICEF on Friday.

Violence in Schools: An Everyday Lesson says that peer violence — measured as the number of children who report having been bullied in the last month or having been involved in a physical fight in the last year — is a pervasive part of young people’s education around the world. It impacts student learning and well-being in rich and poor countries alike.

“Education is the key to building peaceful societies, and yet, for millions of children around the world, school itself is not safe,” said UNICEF Executive Director Henrietta H Fore.

“Every day, students face multiple dangers, including fighting, pressure to join gangs, bullying — both in person and online, violent discipline, sexual harassment and armed violence. In the short-term this impacts their learning, and in the long-term it can lead to depression, anxiety and even suicide. Violence is an unforgettable lesson that no child needs to learn.”

The Global Coalition to Protect Education from Attack recorded at least 203 attacks on schools in Pakistan between 2013 and 2017. During August, this year, 15 schools in district Diamer of Gilgit Baltistan were attacked. Most of these were girls’ schools. In the past, schools in Khyber Pakhtunkhwa and Balochistan have also been attacked. Corporal punishment is still prevalent in most of the public schools despite a ban imposed on it by the National Assembly of Pakistan.

The UNICEF report outlines a variety of ways students face violence in and around the classroom. According to the latest available data from UNICEF:

Globally, slightly more than one in every three of students aged 13-15 experience bullying, and roughly the same proportion are involved in physical fights.

Three in 10 students in 39 countries in Europe and North America admit to bullying peers.

Nearly 750 million school-aged children live in countries where corporal punishment at school is not fully prohibited.

Over the last 27 years, there have been at least 70 school shootings that resulted in at least one death. While these shootings are spread across 14 countries, 3 out of 4 of them occurred in the United States.

Nearly 500 attacks or threats of attack on schools were documented or verified in 18 countries and areas in 2016.

To end violence in schools, UNICEF and partners are calling for urgent action in the following areas:

Implementing policies and legislation needed to protect students from violence in schools.

Urging communities and individuals to join students as they speak up about violence and work to change the culture of classrooms and communities.

Collecting better, disaggregated data on violence against children in and around schools and sharing what works.