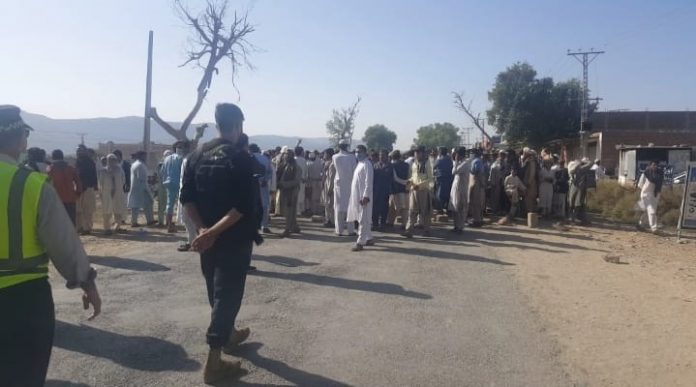 HANGU: People in Hangu on Friday staged protest demonstration against demolition of their houses by the district administration.

The protesters said the district administration has demolished their houses and rendered them homeless. They said they spent their lifelong savings while building their houses, but the district administration demolished the houses within a single day. They said the Pakistan Tehreek-e-Insaf (PTI) government had come into power with a slogan of providing houses to the people, but instead they are demolishing the houses of people.

The protesters threatened to commit self-immolation if demolition of their houses was not stopped immediately. They said the government should have adopted a soft attitude with the poor people instead of rendering them homeless.

The protesters also blocked the main Grand Trunk Road for all kinds of traffic due to which the commuters and transporters faced difficulties. A police team arrived on the spot and held negotiations with the protesters after which they opened the road. The protesters gave a deadline of three days to the government to end demolition of their houses and warned of severe protest if this process was not stopped.

The district administration is of the view that action has been taken at Qazi Pump, Thall Road, where 235 kanal and 11 marla land has been retrieved from the possession of land mafia. Deputy Commissioner Mansoor Arshad Khattak said the land mafia had established structures on the official land which had been demolished. He said the value of the retrieved land in market is about Rs90 million.

A minor boy and a 15-year-old youth died in two separate incidents in Khyber tribal district on Thursday.

TNN correspondent reported that two children fell into a well while playing in their home in Khwar Ghara area. One child, Baqir Khan, died, while the other child, Abbas was rescued.

Meanwhile, a 15-year-old boy, Hammad, died as he was hit by a truck in Ziara Miana area.

A man was also shot dead in the name of honour in Nowshera.

TNN correspondent reported that a man tried to enter a house upon which he was shot dead by people inside the house. The deceased was identified as Pervez.