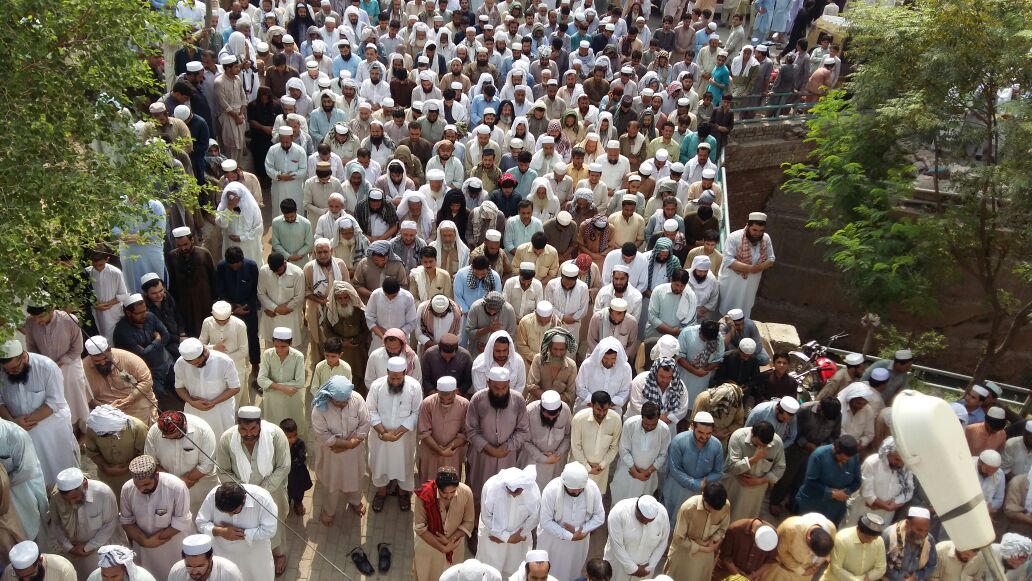 PESHAWAR: Awami National Party (ANP) leader Barrister Haroon Bilour, who was martyred in a suicide attack a day ago, was laid to rest on Wednesday.

Bilour’s funeral prayers were earlier offered in the Wazir Bagh area where a large number of people from across the province including leaders of various political parties attended it.

Haroon Bilour along with 20 other people martyred in a suicide attack that took place in Peshawar on Tuesday night in the Yakatoot neighbourhood moments after Bilour arrived there to address a corner meeting.

Besides, 62 people injured in the suicide attack are seeking treatment at Lady Reading Hospital, authorities confirmed.

The deceased ANP leader was set to contest the July 25 elections from Peshawar’s PK-78 constituency.

He was son of Bashir Ahmed Bilour who, himself, was martyred in a suicide attack in 2012 after a party meeting, Haroon was rushed to the hospital in a critical condition but succumbed to his wounds shortly after. The ANP leader was 47 years old.

After the incident, a case was registered at police station Agha Mir Jani Shah, with SHO Wajid Ali as the complainant.