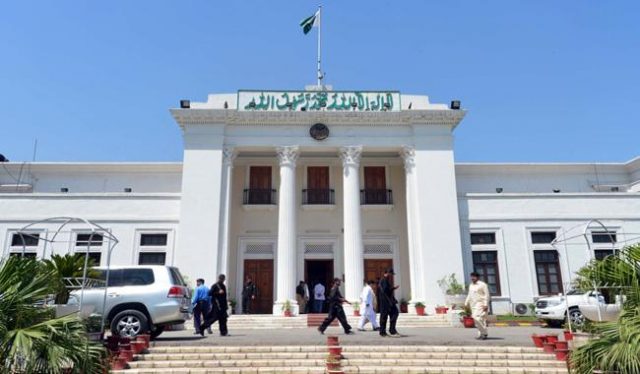 PESHAWAR: Some laws have been passed in haste from the Khyber Pakhtunkhwa Assembly which have created lacunae and complications.

One such law is KP Enforcement of Women Property Act 2019, in which the powers granted to the Provincial Ombudsperson became controversial and the matter was taken to the Peshawar High Court (PHC). The law provided for 10-year imprisonment and fine over those why deny right to share in property to women. However, some legal experts believe that the powers given to the Ombudsperson under the law are beyond Constitution. They argue that such powers must rest with a civil court, and Ombudsperson cannot exercise administrative and judicial powers.

Eminent lawyer Ilyas Advocate said a complaint can be lodged with the Ombudsperson in case a woman is denied her rights. However, he said the Act is against Article 175 and 8 of the Constitution. He said that under the Civil Procedure Code 1908 and Civil Courts Act 1962, the civil courts are empowered to deal with civil matters. He said some important facts have been ignored while passing KP Enforcement of Women Property Act 2019.

Ilyas Advocate said a petition in the PHC has prayed for declaring sections 7 and 12 of the Act contrary to Constitution.

Senior parliamentary reporter Muhammad Fayyaz said while talking to TNN that many laws were passed in haste in KP Assembly which caused legal complications. He said KP Ehtesab Commission was also established with some controversial powers, which had to be abolished. He said the same was the case with Local Government Act which had to be presented in the KP Assembly again with amendments.

Fayyaz Khan said haste was also shown in the passage of Peshawar Development Authority Amendment Act, Civil Servants Amendment Act, Universities Amendment Act, and many other Acts. He said lacunae came to surface when time came for implementation of these laws. He said the main reason behind this problem is that legal experts are not consulted properly while drafting any piece of legislation.

Provinces got the right of legislation under 18th Constitutional Amendment, but some laws became controversial due to lack of proper homework.