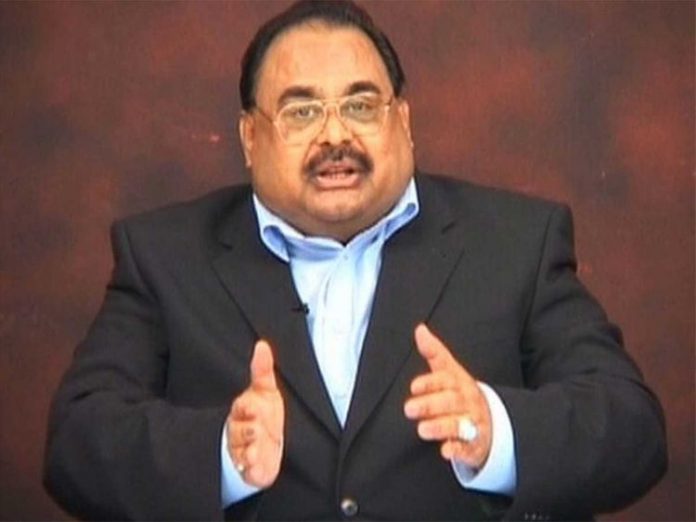 PESHAWAR: Altaf Husain, founder of Muttahida Qaumi Movement (MQM) has been arrested in England on the accusation of inciting people to revolt and violate the law in Pakistan on Tuesday.

It was further informed that the investigative officers were in contact with the Pakistani authorities for completion of investigation against the MQM founder, who has been living in England in self-exile since 1990.

Altaf Hussain was in control of his Karachi based political party, MQM.  From Landon, he would address huge party workers gatherings via video links in Karachi. After the accusation of hate speech, The Pakistan electronic media regulatory authority had directed all media organizations not to give coverage to his speeches.

The arrest of Altaf Husain has been made under Section 44 of the Serious Crime Act 2007, a law enforced in England. The investigation against Altaf Hussain was started in April 2016, when the Metropolitan police also visited Islamabad and had interviews with witnesses and collected evidence.

During the last two days a number of high profile arrests of Pakistan politician have been made. Before Altaf Hussain, On Monday, former president of Pakistan and co-chairman of Pakistan People party Asif Ali Zardari and his sister Faryal Talpur was nabbed by National Accountability Bureau on fake bank accounts and money laundering charges. The leader of Pakistan Muslim League (PMLN) and son of Shahbaz Sharif, Hamza Shahbaz has also been arrested by NAB on corruption charges.