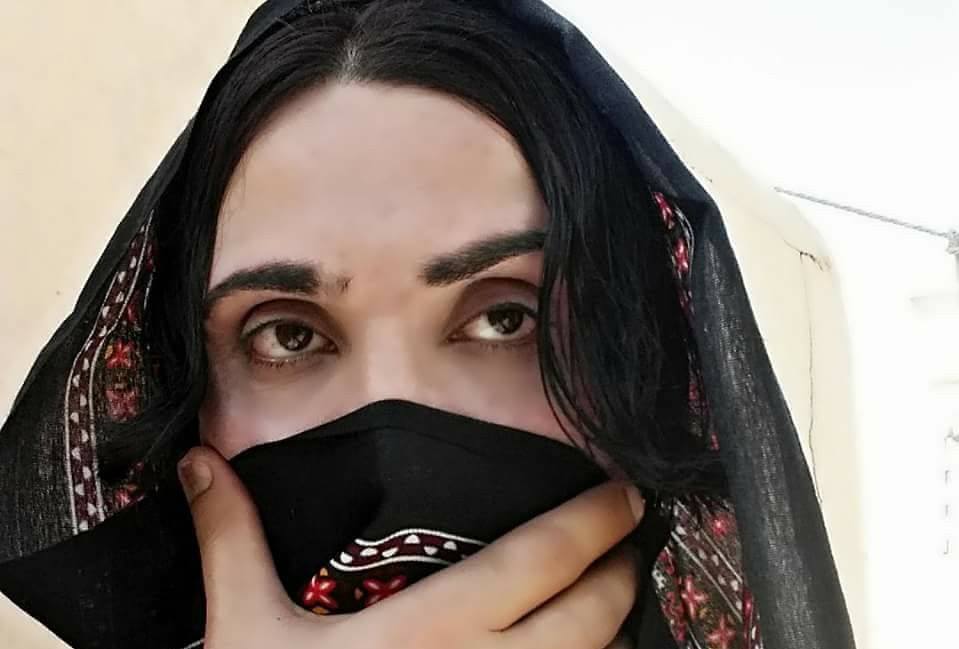 Sohana was 12,when she realized that she was not respected as a human being in  her native village in Kurram tribal agency because of her gender. She left her village for Peshawar to live a free and decent life with other trans people.She was fed up with the harsh attitude of her father and brothers.“My father and other family members used to beat me harshly because I couldn’t quit some feminine habits which I had developed over the time. At the age of 12, I left home and found a bus in the village which dropped me in Peshawar. Since then, 15 years have passed and I didn’t return to home despite having a great desire,” she recalls during an interview with TNN.

Born in conservative tribal family in Kurram Agency, she is one of the thousands of trans people who have been discarded by their families and the society. They are forced to live a miserable life. 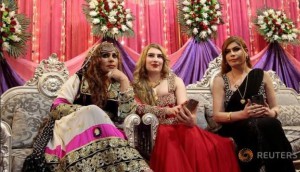 The name “Sohana” was given to her by her co-workers with whom she has been living. “I really want to go back to home and meet my mother but it is beyond possibility,” Sohana says citing fear of her family members.

“I will spend whole of my life in Peshawar,” she adds and in the same breath, she says her mom keeps a secrete contact with her.
“One question frequently strikes my mind,” Sohana says. “Today, I am young and earn money by performing and dancing. I am apprehensive about tomorrow. Who will be our saviour when I grow older.”
“If my family members come to know that I am in Peshawar, I am not sure I would survive till the next morning,” a frightened Sohana remarks.

Asia, another transgender from Bajaur tribal agency, says she is limited to home due to what she terms humiliating attitude of the people.Though, she has not joined the dancing profession but she regularly wears girls’ costume in home. Her parents have restricted her movement and are not allowing her to participate in any function outside her home. 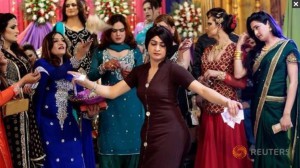 “I have been facing problems due the tribal customs because my movements are completely restricted by my parents. Since I am illiterate, I am unable to get a government job. Also, I cannot migrate from the area either,” Asia, who doesn’t want to share her real name, maintains.
“Let alone visiting relatives or neighbors, I cannot attend family functions,” a dejected Asia adds.
Asia and Sohana say they have been facing numerous threats to their lives. Sohana says she performs in marriages and other functions and earns enough to pay her apartment rent and meet her other expenses including cosmetics and makeup items.
“I hardly save money. Apart from paying rent of the flat and buying cosmetics, we also pay “extortion” to the local police. Sometimes, criminal people loot us and deprive us of our earning,” she explains.
On the other hand, Asia says she has no passing for dancing. She wants to get a job or monthly stipend from the government so that she can support her family.

According to Qamar Nasim, head of Blue Veins, a non-governmental organization working for the rights of transgender, there are about 45,000 to 50,000 trans people in Khyber Pakhtunkhwa. The number of transgender in Fata is between 1800 and 2200. 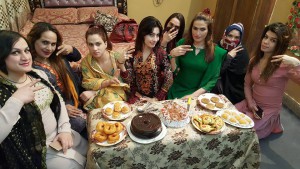 Nasim says that transgender community is the worst affected by terrorism and militancy.“They were the first who migrated from Swat district and other tribal agencies after the emergence of Taliban. Music and dancing was completely banned after the militants implemented their self-styled rules and regulations. It affected their profession and they were forced to migrate to Peshawar and other major cities to continue their livelihood,” Nasim informs.

Nasim informs that the provincial government has asked him for assistance in preparing a policy draft for the protection of transgender people. He hopes the draft will complete in the last week of March.

The KP government, on the personal interest of PTI chairman Imran Khan, allocated Rs200 million in the annual budget for the welfare of transgender people. The government has also established a five-member committee which will submit recommendations to the government regarding the utilization of the allocated funds. However, no concrete steps have been taken till date.
Transgender association president Farzana who was also made part of the committee laments that no registration process has so far been started in the province. She plans to register all those transgender who have migrated from Fata to Peshawar and other districts so that they can be benefited from the KP government scheme of learning vocational trainings and basic education. 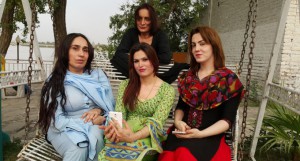 “At present, there is no significant number of transgender in Fata as most of them have migrated to KP. The few who are still living there are keeping silence due to backlash of the society,” she says.

Farzana reveals that a large number of the transgender people are suffering from HIV/AIDS and majority of them have quit dancing.

Transgender community is perhaps the most marginalized and harmless segment of our society. But the agony is that their plight has not been changed despite claims of the governments and clear instructions of the higher judiciary. The dilemma they have been facing is almost same all over the country but in KP and Fata, the situation sometimes becomes more gruesome and horrible.

In some instances, they are subjected to sever physical torture. They are even killed. These incidents have forced the trans people to limit their activities. Besides, they have also been facing problems in getting apartments on rent for their residence. People usually refrain from renting out houses to transgender due to some social norms associated with the community.