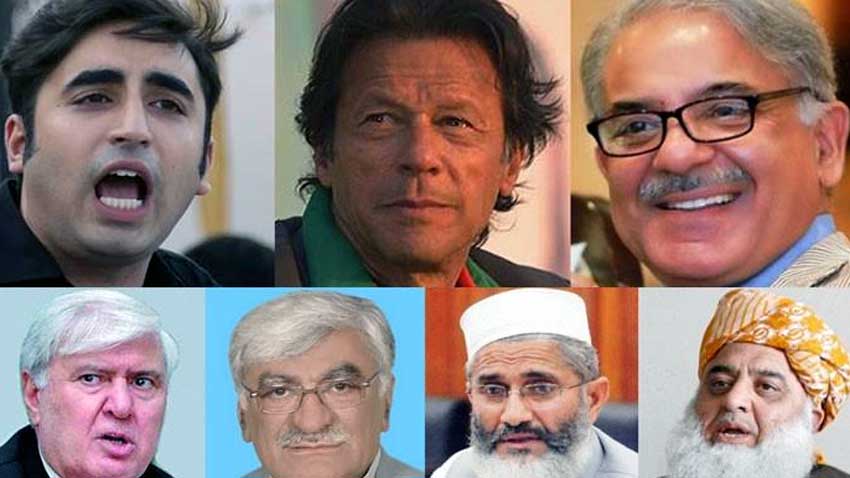 PESHAWAR: The heads of seven main political parties of the country are contesting the upcoming general elections on National Assembly seats from Khyber Pakhtunkhwa.

The JUI-F Ameer Maulana Fazlur Reham is in the field for two seats including NA-38 and NA-39 from Dera Ismail Khan on the platform of the Muttahida Majlis-e-Amal (MMA) where he will be facing tough contest from the PTI’s Ali Amin Gandapur, Sheikh Yaqoob, PPP’s Faisal Karim Kundi and independent candidate Waqar Ahemd Khan.

The Jamaat-e-Islami (JI) ameer Sirajul Haq is also contesting election on the MMA ticket on NA-7 Lower Dir where he appears to be favourite to win the election.

The Pakistan People’s Party (PPP) Chairman Bilawal Bhutto Zardari is contesting for NA-8 Malakand where Junaid Akbar of the PTI is his main rival. The Pakistan Muslim League-Nawaz (PML-N) President Shahbaz Sharif is vying the NA-3 Swat seat where he will be up against the PTI nominee Salimur Rehman.