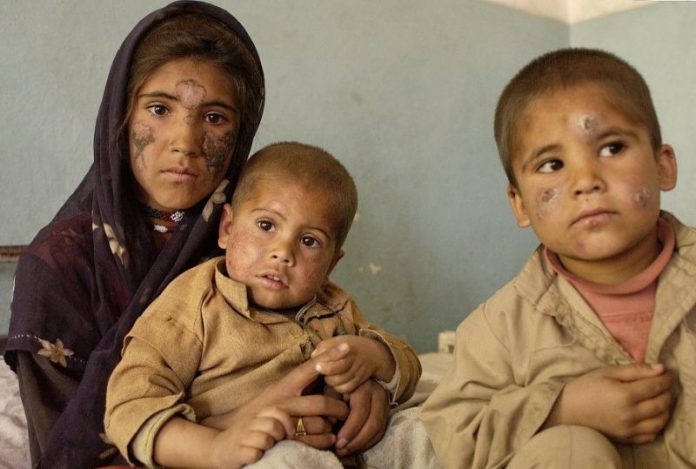 WANA: The Health Department has initiated fumigation and distribution of mosquito nets on emergency basis in South Waziristan tribal district to overcome the spread of leishmania.

According to the Health Department, leishmania has affected hundreds of people in Sarwakai and Sra Rogha tehsils of South Waziristan. It said treatment is being provided to the affected people, while the process of distribution of mosquito nets and fumigation is also being carried out.

District Health Officer Wali Rehman Mehsud said about 3,000 patients have been treated so far in Khan Serai Hospital in Sarwakai tehsil. Besides that, he said, 1,500 patients have also been treated in Sra Rogha Hospital. He said 100 kilogram spray and six spray pumps have also been provided to these hospitals for fumigation in Chagmalai, Saplatoi, Barond, Molay Khan Serai, Kotkai and Spenkai Raghzai areas of Sarwakai and Sra Rogha tehsils of North Waziristan. The DHO said that 300 mosquito nets each have also been provided to both hospitals to protect the people from the disease and avoid its spread to other areas.

The same areas of South Waziristan were also impacted by leishmania during April-May last year. A large-scale campaign was run at that time to overcome the situation. The Khyber Pakhtunkhwa government at that time provided about 30,000 injections for the area to control the disease. Mosquito killing sprays were also applied and thousands of mosquito kits were distributed among the local population to protect them from leishmania.

People of the area have demanded the concerned authorities to dispatch the equipment meant for leishmania prevention to Sarwakai, Sra Rogha instead of district headquarters Wana. They said it will save the residents from travel for getting the equipment. They also said that the government must conduct audit of the equipment provided for disease prevention last year. They said the Health Department must be made accountable in this regard.

During the last year’s outbreak, as many as 28,000 leishmania cases were reported from the tribal districts.

After the outbreak, public health emergency was declared in the area after they run out of vaccinations and medications for children suffering from the disease.