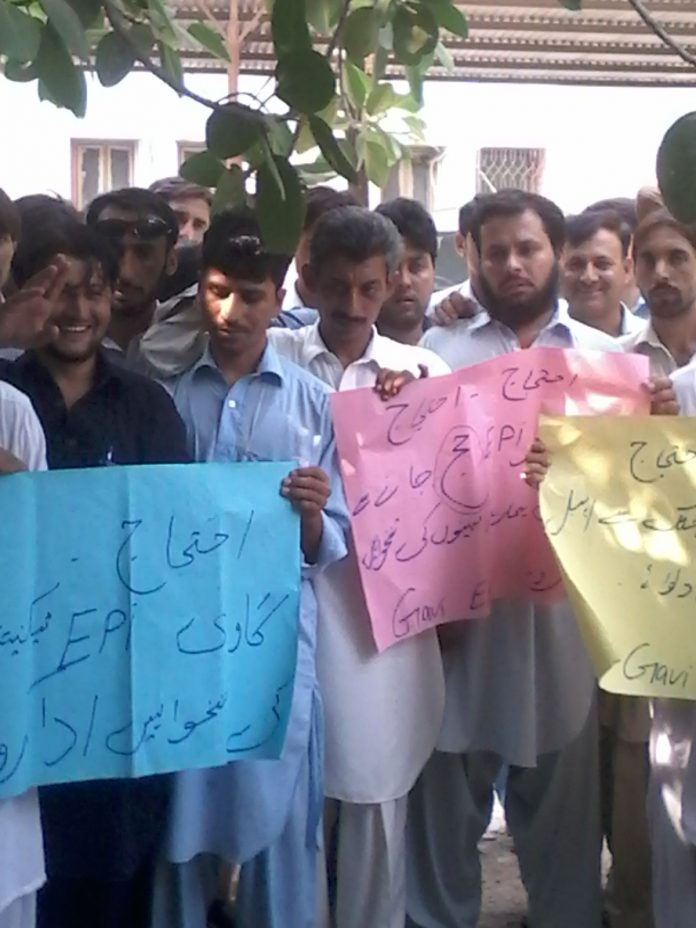 PESHAWAR, September 19: The employees working under the Health Department’s Expanded Programme on Immunisation (EPI) have protested in the provincial capital, demanding release of salaries for the last six months.

At a rally in front of the Health Department director general, the protesters said they performed duties in various parts of the province but that they had not been given their salaries.

“We spent Eid at homes, we have to pay shopkeepers for various commodities that we have bought,” said one of the demonstrators.

EPI director Mr Tahir Nadeem the department would give them two-month salaries soon and that the rest of the salaries would be paid to them once fund was released from the federal authorities of Islamabad.