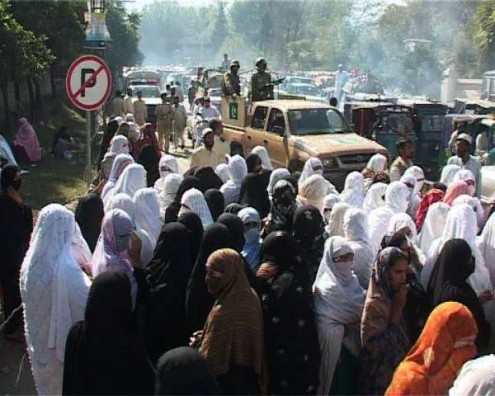 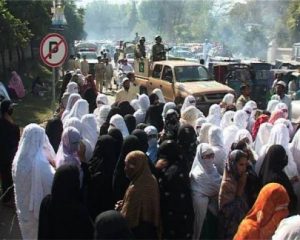 TIMERGARA, August 11: Lady health workers and their supervisors staged protest because they said they had not been paid salaries in Lower Dir district.

The protesters told journalists in front of the Timergara Press Club that they had performed duties despite in chilly weather and poor security situation, but that they did not get their salaries and wages for the polio and measles campaigns.

They said they did not even get their salaries on occasion of Eid and hence faced immense problems in Eid shopping.

The Lady Health Workers Association provincial president, Ms Saeeda Faraz, told TNN, “Today’s protest is meant to press the government to release our salaries. We fulfil our duties during polio and measles campaigns despite poor law and order but we have yet to get its salaries for the several activities held in the past.”