MARDAN: The traditional game of Pakhtuns Makha played by youth and elders in Provincial peace tournament concluded in Mardan on Wednesday.

Makha or Mukha is a traditional game similar to archery but a bit different. The game is played with a long arrow (ghashay) and a long slingshot (leenda).The arrow has a saucer shaped metallic plate at its distel end. 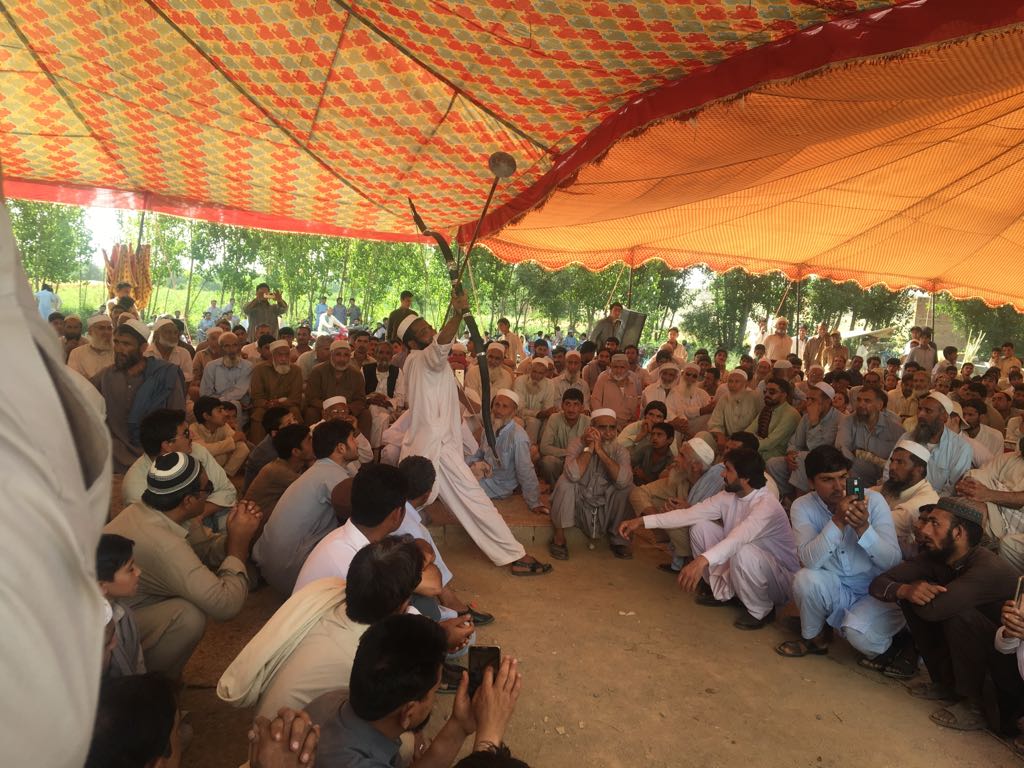 Leenda is sold for Rs8000 to Rs10,000 and is made in Bajaur Agency. The slingshot is made from the horns of Markhor. While the long arrows are brought from Lahore.

The archers play in teams and attempt to hit a small wooden target some 35 feet away called takai.

10 players from each team attempts to hit the target 40 times, while the one who has most number of accurate target wins the game.

The final game in this tournament was played between Buner Bazargai and Mardan Shamozai team. However, Buner Bazargai team defeated the Mardan team and clinched the trophy.

Players from Buner, Swabi, Haripur and Mardan participated in the tournament.

To promote the dying sport, residents from organize a week-long tournaments in different districts of Khyber Pakhtunkhwa.