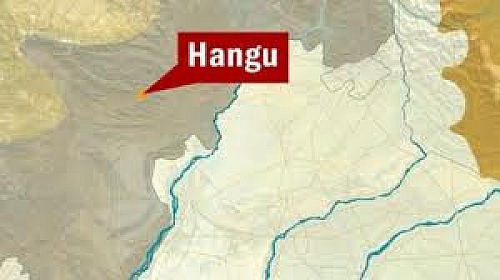 HANGU: A 10-year- old girl was killed while two other women sustained injuries when roof a house collapsed due to heavy downpour in Anjani area of Lower Orakzai, the district administration told reporters here on Saturday.

“The incident occurred in Anjani area of Lower Orakzai where the roof of a house caved in due to heavy rain and snowfall in wee hours,” said an official of district administration. The official further added that a ten-year-old, Rohana died in the incident while two women remained injured. The injured were shifted to nearby hospital and where their condition is stated to be stable.

Giving further details of the accidents, Faizi said that in the first accident two persons were killed when bricks loaded heavy truck overturned due to over speeding near Gulbahar colony area in Shergarh, district Mardan.  As a result, Ghulam Shah and Amanullah died on the spot.

According to the locals, the accident occurred in a busy area and other people could have also come under the truck, however, the crowd was lucky to remain safe. The Rescue 1122 service spokesperson said that they have conducted rescue and search operation under the truck.

The rescue 1122 has shifted the dead bodies to district headquarter hospital from where they were handed over to the relatives.

Similarly, a tractor trolley hit a motorcyclist at Yousaf Shah Road on Saturday. Due to the accidents, the motorcyclist, Rozi Khan Pathan was severely injured and was rushed to district headquarter Hospital. However, Pathan, who is the resident of Kohi Bara of Dera Ismail Khan, succumbed to his injuries in hospital.