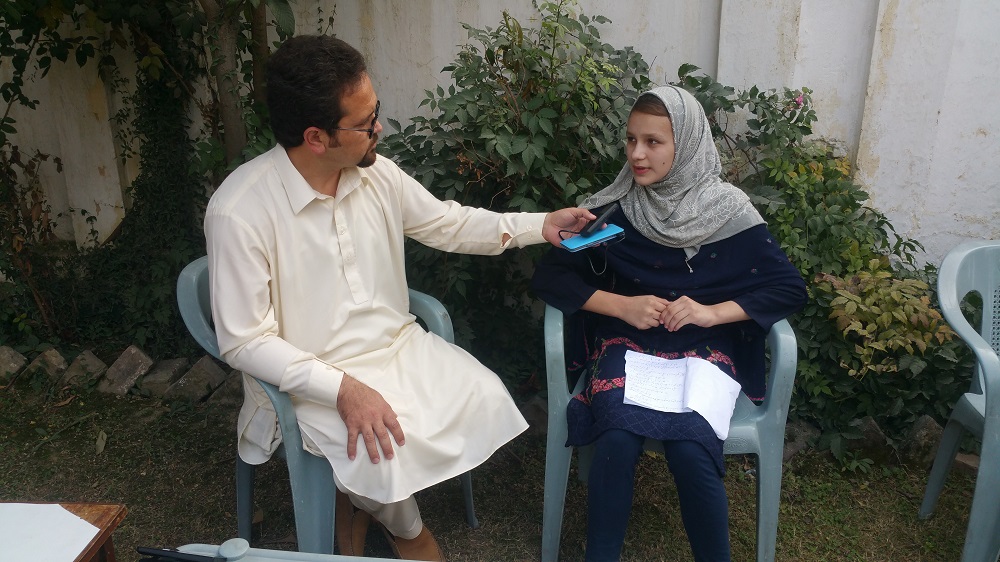 MINGORA, 4 November: The 14-year old Heera Akbar has been nominated for International Children Peace Prize for her work against corporal punishment in schools.

Heera is a resident of Swat and endeavours for the protection of children’s rights.

She is a speaker of the Convention on the Rights of the Child (CRC) and actively trying to raise awareness about challenges posed to children’s rights.

She is also a member of her school’s debating club and has participated in a campaign against corporal punishments.

Heera’s father Muhammad Akbar is the founder of Non-Governmental Organisation (NGO) Child Rights Committee in Pakistan. Talking to Tribal News Network, her father said that three nominees would receive the award out of 151 nominees from 55 countries.

He hoped that Heera would win the award. Heera told TNN that teachers could make their students understand with love what they could not do by beating their students.

She said that most of parents didn’t want to send their children to school due to poverty. The award would be given away on December four in the Netherlands.