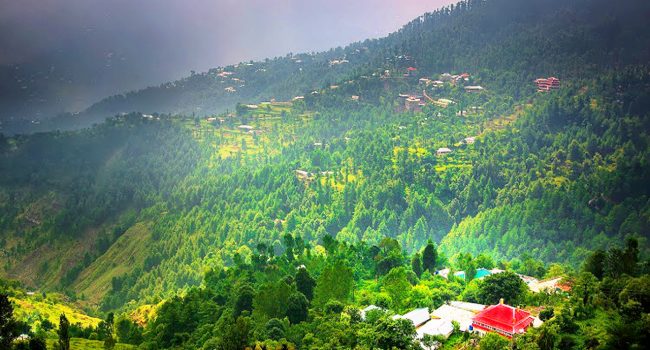 PESHAWAR: The Khyber Pakhtunkhwa government is working on a plan to initiate helicopter service for tourists to enable them to see the picturesque valleys, mountains and rivers which are not easily accessible through land route.

KP Minister for Sports and Tourism Muhammad Atif Khan says the provincial government is in talks with a private company which will provide helicopter service for tourism who want to enjoy the beautiful tourist destinations through aerial view and access these places easily. He says he is hopeful that the agreement will be signed soon.

Atif Khan says the helicopter service will reduce the 14-hour distance from Punjab to Chitral to just two hours. He hopes the service will promote tourism in KP.

In an earlier statement, Atif Khan said the KP government has identified 25 sites for promotion of tourism in the province. The minister said that these sites have been identified in different areas of Malakand, Hazara and Mardan divisions. He said KP Tourism Authority has been established to discover more tourist places in the province to attract maximum number of tourists.

Keeping in view the importance of tourism, the KP government has allocated a record Rs20 billion for a total of 75 schemes in sports, tourism, archaeology, culture and youth affairs in fiscal budget 2019-20. The allocated amount would be spent on 43 ongoing and 32 new schemes.

The government has allocated Rs2.5 billion for roads development to tourism sites in Malakand, Rs2.4 billion for Hazara and Rs600 million for establishment of female indoor sports facilities at divisional headquarters in KP. The motor sports arena would be developed with a cost of Rs96 million.