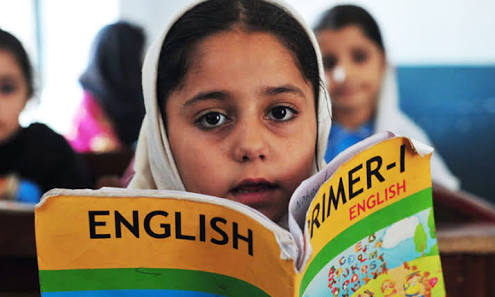 PESHAWAR, 19 March: The private schools in Khyber Pakhtunkhwa, especially in Peshawar, have started a massive advertisement campaign with the start of admission season.

However, most parents seem perturbed over the heavy fee structure of most of the schools which claim high standards of education. The administration of private schools are decorating their schools and offering various ‘packages’ in order to gain attention of the parents and other citizens. The parents, especially those belonging to low income groups, are finding it hard to arrange huge admission and monthly fees for their children and there is no other alternative for them as they can’t risk the future of their children.

Parents are of the view that they had no option, but to swallow the bitter pill of getting admission for their children in private schools as they are not sure about the quality of education being provided at government-run schools.

One such parent in Peshawar, Shahid said the government should keep a strong check on the private schools to keep their fees under a certain limit.

“Private schools charge fee for everything, from the school van charges to books and uniforms and administration charges. The government should keep all these schools under check and regulate them,” he said.