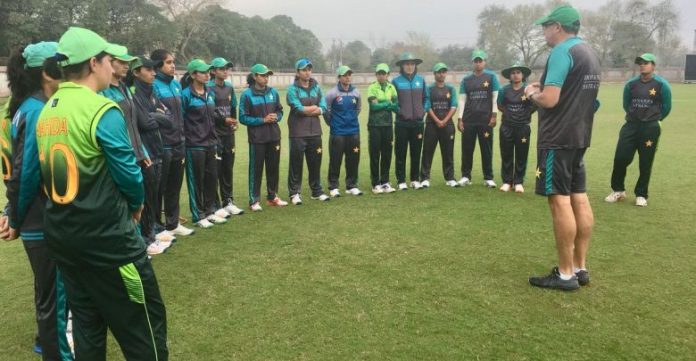 PESHAWAR: The Pakistan Cricket Board (PCB) has started a 16-day high performance condition camp for women players for the upcoming cricketing season in Abbottabad.

The camp initiated on August 16 and it will continue August 31. The purpose of the camp is to prepare the players for the upcoming domestic and international assignments.

The coaching staff will also be prepared for the upcoming tours in the camp. The players for the camp have been selected by the national selection committee. The national women’s cricket team will play series with Bangladesh and England.

Chief Selector Urooj Mumtaz said the camp has been organised to identify top 30 players at the start of the season. She said the players will work on their skills in all three departments of the game. She said junior players have also been brought to the camp to help the Pakistan-A team.

“We have managed to schedule a day for the players at the Kakul Academy. The players will be spending the day as cadets to experience their daily routine,” said Urooj Mumtaz. She said the idea is to give a different experience to the players and help them understand the benefits of a disciplined life.

The camp is a part of the Pakistan Cricket Board’s strategy of further improving the profile of the women’s game while providing the players regular opportunities of excelling at the top-level through strenuous training and practice.