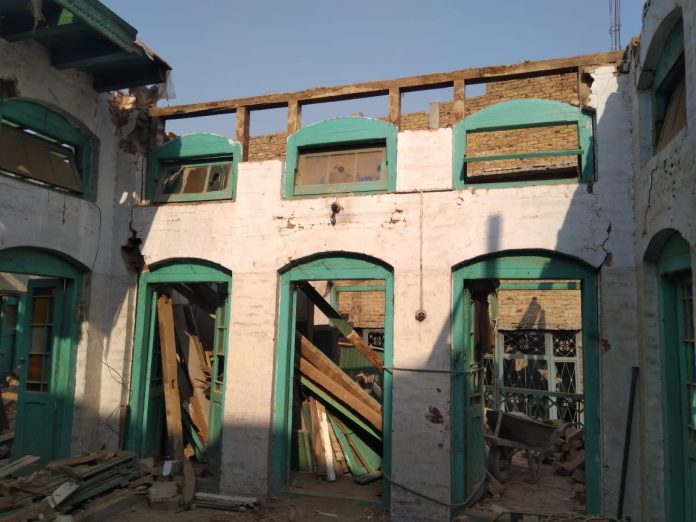 PESHAWAR: Khyber Pakhtunkhwa directorate of archaeology and museums has asked the police to register the case against the owner of a house of historical value after he demolished its major portion on Wednesday.

The house situated near the Asia gate has been declared as a protected site under sections 42 and 44 of the KP antiquity act, 2016. Under the act, if the owner is found guilty, he could be imprisoned up to 5 years along with a fine of Rs0.5 million.

He added that government had already served notice to the owner of the house that his house is of historical value and he couldn’t demolish it.

Under the KP antiquity act 2016, a structure is considered as national heritage, if it is100 years old.

In October, such an old house was demolished along the heritage trail. After that directorate of archaeology and museums through a notification declared 1800 house in provincial capital as “protected sites”.

Notices were issued to its owners that the house is of historical importance and thus the government will be responsible for its repair.

Though the owner retains its ownership, he is not entitled to make any changes to it or demolish it. Under the law, if he wants to make any repair, he must take permission from the directorate.