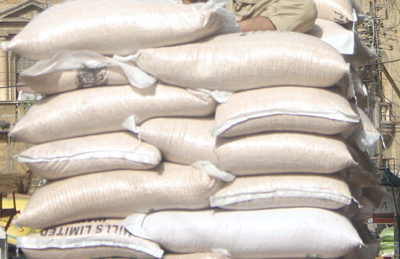 WANA: Authorities have adopted unique way to control hoarding and profiteering amid the ongoing coronavirus pandemic in in South Waziristan tribal district by enlisting the data of traders and food items being transported into the region.

“Hoarding and profiteering is a major issue nowadays. At two entry points Khargai and Gardai, our additional assistant commissioners and Frontier Corps-South personnel enlist the data of food rations and to whom it is being supplied in Wana and other markets. Later, this data is shared with our assistant commissioners, who then visit markets and ask the shopkeepers about to whom they sell the commodities. This way, we are trying to prevent hoarding and profiteering,” stated Deputy Commissioner Hameedullah Khan.

Speaking to journalists, the deputy commissioner said the provincial government focused on enough supply of food and also its fair price in the markets.

He also said that the administration has set up seven quarantine centres for coronavirus epidemic, with a capacity to accommodate 167 patients.

Discussing the measures taken to contain the pandemic, Hameedullah Khan said that the district has been locked down, with all entry and exit points having been sealed. He said the rations were also being provided to people who have been quarantined.

Hameedullah Khan said the district administration was closely working with Frontier Corps-South in the current situation.

“In the awareness sessions that have been underway for last 10 days, the district administration, FC-South and DHO (District Health Officer) office are working jointly, besides volunteer, Ulema and local elders. The campaigners are making announcements in mosques and also through vehicles and door-to-door visits to motivate people to observe cleanliness and social distancing,” he added.