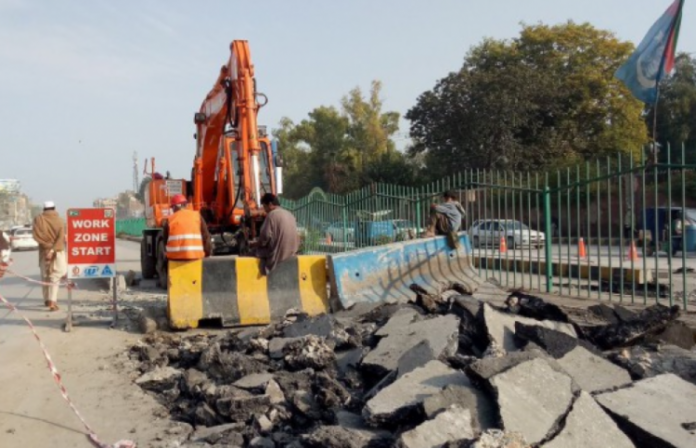 PESHAWAR: The holidays of all the employees involved in the Bus Rapid Transit (BRT) Project have been cancelled till completion of the project.

According to a spokesman for the BRT, no employee of the Peshawar Development Authority (PDA) will avail holiday till completion of the project and employees will also work in double shifts to expedite work on the project. The spokesman said the director general of the PDA has also been informed that he will not avail any holiday.

Work on the BRT project was launched in October, 2017 and then chief minister Pervaiz Khattak had set a deadline of six months for completion of the project. However, the deadline has been extended five times now.

Chief Minister Mehmood Khan had refused to inaugurate the incomplete project on 23 March, when the last deadline was also missed.

The Provincial Inspection Team had released its report on the BRT few days ago which pointed out several anomalies and mismanagement. The report said the public money was wasted through ill-planning due to fault in the project design and negligence in its construction. The 27-page report was prepared by the provincial inspection team on the directions of Chief Minister Mehmood Khan. The report said the project cost the exchequer and traffic system was affected badly in the city.

After release of the report, the Pakistan People’s Party (PPP) had announced to approach the National Accountability Bureau (NAB) against former CM Pervaiz Khattak over alleged corruption and undue delay in the project. The PPP application said the project has become a nuisance for the people of Peshawar and those visiting the city. It said the cost of the project has increased enormously which has burdened the exchequer.

Three days ago, another anomaly surfaced in the BRT as a gas pipeline is passing through an underpass of a BRT station which may pose threat to the lives of the passengers using this station. Although an underpass has been established for pedestrians for crossing the GT Road near the Hashtnagri station, but the gas pipeline has not been shifted to a safer location due to which the pedestrians are facing a lot of difficulties.