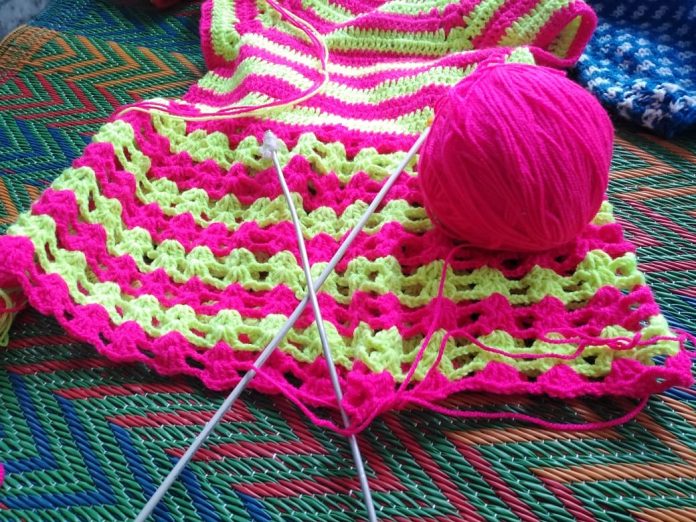 SWABI: A woman from Dagai area of Swabi, Jehan Ara, 42, is famous for making replica of clothes from big brands, but her business is confined to the Link Road Market where the shopkeepers show her designs of brands and she provides replicas within few days.

Jehan Ara hardly earns around Rs500 daily, but the shopkeepers make huge profit from her products and even sale some pieces for Rs10,000 or even Rs15,000. She said while talking to TNN that the profit margin for her is very low for huge and time-consuming effort. She has to look after her six children as her husband is a drug addict. She said the shopkeepers earn millions with the help of home-based workers, but don’t give them the profit which they deserve.

“We work our heart out to prepare products for big shops at the cost of our family lives. We deserve good payment as the inflation rate is very high and it is almost impossible for use to make ends meet with such meagre income,” she said.

Bakhsheeda Bibi, another home-based worker from Swabi, said she was married in Thall, Hangu to a 70-year-old person. She said it was third marriage of her husband and they had eight children in 12 years before her husband died.

Bakhsheeda said she came to Swabi one year after her husband’s death and started work in four houses to feed her children. She said her daughters have also grown up now and they also work in different homes to support their studies. She said one of her son’s is also studying on scholarship and through their hard work they have bought a piece of land for building their own home.

There are many courageous and hard-working women kike Jehan Ara and Bakhsheeda Bibi who have never been recognised as labourers or skilled workers by the government and no legislation has been done for them.

Salma is another home-based worker who prepares ready to cook pikoras, samosas for shops, but she gets only Rs200 as daily remuneration. She said she can’t support her family with such meagre money and the government should fix some scholarship for her.

Tajmina, president of an organization for home-based workers, said no legislation for such workers is a matter of grave concern. She said many problems of home-based workers can be resolved if they get the status of registered labourers.