PESHAWAR: Beekeepers in the Khyber Pakhtunkhwa reported an increase in honeybees deaths in summer, last year, possibly the result of erratic weather patterns brought on by a changing climate.

“Changes in climate and weather affect food and forage for bees,” said Adnan Ahmad, a honeybee farm owner in Nowshera. “It’s pretty obvious that if you have bees and there is a radical, quick weather shift around, they aren’t going to do well.”

Adnan said that he has lost almost 40 per cent of bees unexpectedly during the summer season, which says was due to extreme weather conditions – rising temperature, dust storms, erratic rain pattern – which also badly affect flower’s growth. He added that due to non-availability of flowers, they have to feed sugar water to the hives which further downgrades the honey quality and forget about export, even local people do not like to purchase it. 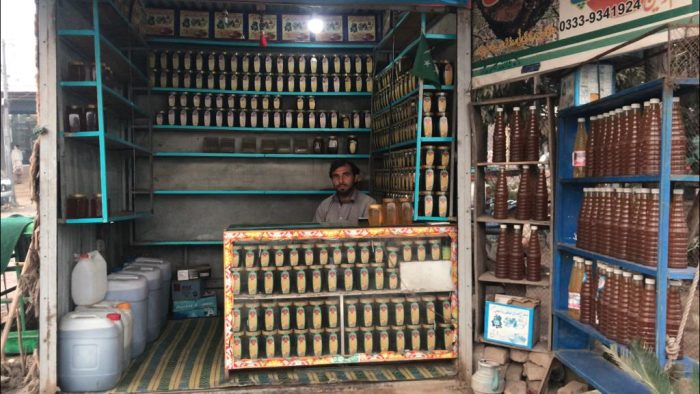 The aspirant reveals that bees cluster together in winter but when it warms up, they open up. The weird weather events disrupt them and they don’t have the consistency they need thus leads to unhealthy hive condition.

Large bee farms owners may be better able to change care practices in the way the weather changes to keep hive healthy, Adnan said. However, in volatile conditions, the inexperience aspirates underestimate insects’ food needs or are unable to give the food they want, when they want it and thus unable to keep the hive healthy.

Higher death rates do not mean that the number of farmers will decrease as the owners have stabilized their farms and beekeepers have become better at replenishing lost colonies with new ones. However, he added, the higher death rates make this business more expensive.

According to the Pakistan Agriculture Research Council, Beekeeping is a profitable business in Pakistan. About 7,000 beekeepers are now rearing exotic species, in the modern beehives. There are about 300,000 colonies producing 7,500 metric ton honey annually. PARC believes that this sector provides excellent opportunities for the expansion of beekeeping. Honeybee flora is present on vast areas in all and can support 1,000,000 honeybee colonies. The Honey bee association said in 500 to 700 containers is being exported to the Gulf countries. The association wants this business to be given the status of the industry. Pakistan has no agreement with the European Union regarding the export of Honey due to which, Pakistani exporter cannot tap that market. They asked the government to finalize an agreement with EU countries in this regard. 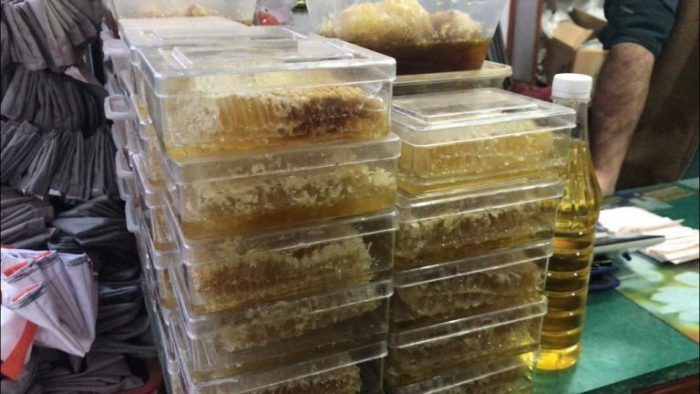 There are four types of the honeybee in Pakistan, however, the bee species in the province that give high production has been important from Australia as there was a phenomenal decrease in their production from the local bee, says the 80-year-old, Haji Kinar Shah, Who is the founding member of the Tarnab forms.

Kinar Shah added the government with the help of an international non-governmental organization introduced the Australian bee in the province in 1980 after a number of Afghan refugees arrived in the country. The honeybee forms were started to provide them with a source of income. However, later on, when the local people observed its benefits, they also started keen interest in it. “Today, as per the data of Pakistan bee association, some 1.5 million people are associated with honey farming,” said Haji Kinar Shah. “There is no doubt it is lucrative trade, provided that the climate suitable, there is enough greenery, and less pollution,” the farmer told the TNN.

Honeybee beekeepers association, Pakistan also expressed concerns over the effects of climate change and man-made disasters on the honeybee. Naeem Qasmi, the president of Pakistan Honeybee keeping association and Chairman of standing committee on honey production while talking to the TNN, he said that their biggest issues are not just the climatic changes but the increase in pollution, use of a variety of poisonous pesticides in agriculture sector which weakens bees, making them susceptible to other maladies. The association head said that the volatile weather can lead to more harmful insects compelling the farmer to increase spraying to protect their crops.

“There has been unprecedented deforestation of Bair trees and Phulai tree in the province,” revealed Qasmi. He said that our region is famous for Bair and Phulai Honey which is being exported to all the Gulf countries. “We request the government to impose a ban on the cutting of honeybee friendly trees,” Qasmi asked the government. 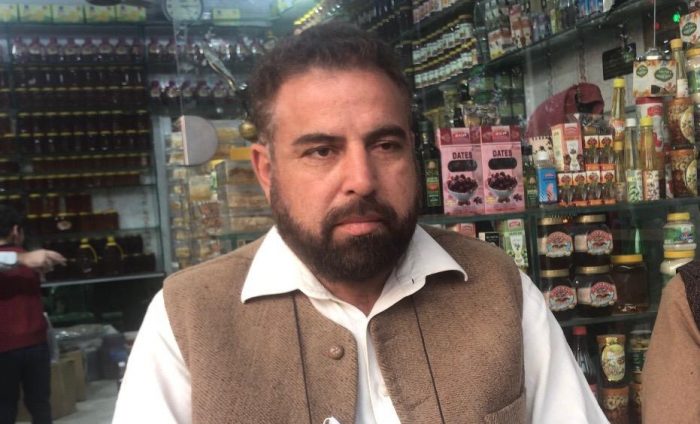 As the massive deforestation is one of the main reasons behind the climate changes around the world. It indirectly affects the growth of wildlife and greenery, especially the honeybees business. Though in Pakistan, this business is not yet declared an industry, however, it has employed thousands of rural people. Though the Khyber Pakhtunkhwa government claimed that they have planted 1 billion trees under the billion tree tsunami project, but, the honey bees association said that they have not observed any visible change.

The head of beekeepers association said that their 40 per cent of Phulai’s honey production comes from Azad Kashmir but for the last couple of years, the beekeepers aren’t allowed to enter Kashmir due to security issues. The association asked the government to take up the issues with the government of Azad Kashmir. They urged the KP government to plant Phulai Bair and other bees friendly trees ‘the clean and green Pakistan’ initiative so that farmers may not visits far-flung areas, like Kashmir.

“We had requested the KP government and were assured that the plantation of millions of Bair, Phulai and other such bee-friendly trees across the Khyber Pakhtunkhwa will be planted under the BTTP,” said Naeem Qasmi. “However, they have not been provided any data wither the trees have been planted or it was just an assurance.”