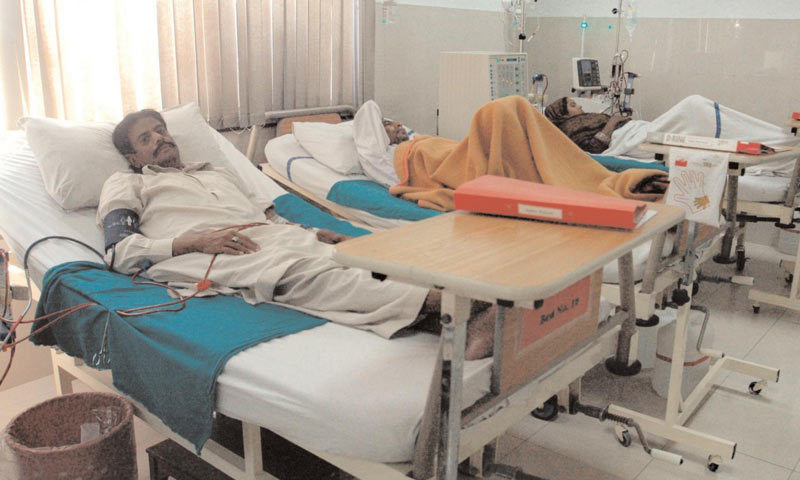 The chief minister issued these directions while chairing a meeting regarding the establishment of new tertiary care hospitals in Hazara, Malakand and southern regions of KP.

Administrative Secretaries of Health, Finance and Planning and Development departments and other concerned authorities attended the meeting.

The chief minister directed the quarters concerned to identify suitable lands for the establishment of such hospitals and submit final proposals to this effect within two weeks so that further progress could be made possible to this effect.

Mahmood Khan said sites for the new hospitals must be identified at such points which are equally accessible for all the districts and the concerned regions. He said the main purpose of establishment of new hospitals was to minimise the burden of patients on teaching hospitals of Peshawar and to provide tertiary healthcare facilities to the people at local level.

The meeting decided that the proposed hospitals would be established under public private partnership (PPP) for which land would be provided by the KP government. The meeting was informed that 580 kanals land near Mansehra has been identified for the establishment of new tertiary hospital in Hazara region.

The chief minister agreed to the proposal and said that it was equally accessible to the people of Kohistan and Battagram and other districts, and directed that such suitable lands should also be identified for the establishment of new hospitals in Malakand and southern regions.

The meeting also decided in the meeting to establish a new tertiary care hospital under the PPP in Peshawar on available land.

Meanwhile, KP Assembly Speaker Mushtaq Ghani said a summery for the upgradation of District Headquarters Hospital Abbottabad to A-grade hospital would be presented to chief minister.

He directed the officials concerned to accelerate the pace on up-gradation process of A-grade hospital and improve the condition of existing wards.

Health Department officials said that on daily basis more than 3,000 patients visit the DHQ Hospital while the existing facilities of the hospital are not sufficient. He said after upgradation, installation of new machinery and induction of new specialist doctors and other staff would be started soon.