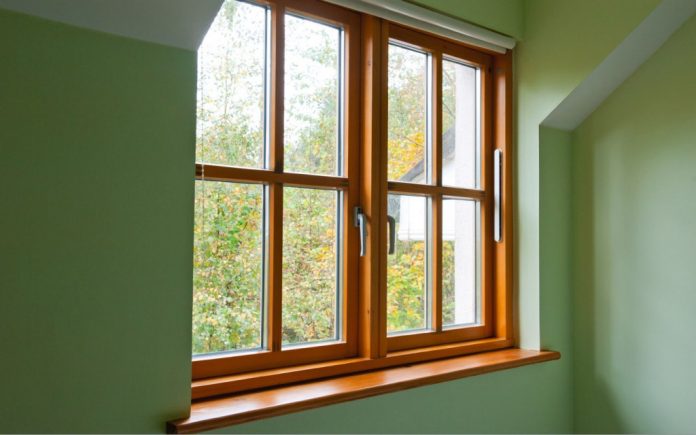 PESHAWAR: While standing still in the window of the room situated on the second storey of the house and keenly observing the road that is far but still visible when big trucks and buses cross it like a wave one after the other. Having a sip of tea gives the mind a thought of how people will be doing in the world outside home. No one is visible in the nearby place as houses have empty plots. Sometimes I come across neighbors living a few plots away but still missing the world of markets that will be full of pleasure and the hustle and bustle of a city that lies 5-6 km away.

Women, especially housewives, see the world through gents’ eyes or window holes. Commonly after a whole hectic day of routine work at home, women in the evening sit in the house garage seeing the outside world while enjoying the cup of tea with male members of the house.

The frequent perception is that the ladies perform breakfast, lunch and dinner preparation only. The rest of the time they watch morning shows, have gossip conversations with other family ladies, and engage themselves with guests. Yes, you are absolutely right. The cleaning, pressing of clothes, polishing of shoes, arranging stuff in closets, decorating home, disciplining children, maintaining house decency and neatness etc. are small tasks done by the invisible creatures or ghosts.

Everything is not like the way we see, there are very small things or tasks that are done side by side to accomplish big goals. These goals are very smartly achieved by women at home but their perception about the outside world is little to none as they are very innocent.

Do you know why females bargain a lot? I think it’s because of two reasons. Majority of the females don’t know the rates and they shop once a year, so bargains will save them from high rates and they will buy everything they want in one go. The other reason is the gents’ shopkeepers who think themselves over smart by telling the rates twice higher than the original rates, the purpose behind it to sell things on the price near to original with profit after bargaining. But the frequent buyers catch them red handed.

This changing attitude happens only in markets because females are unable to analyze the stuff and the increasing price inflation in daily routine through any medium. Therefore they demand for the same price of the item they bought some two to three years back.

It does not relate to the type and amount of education, but it relates to the environment ladies frequently interact with and how actively they are updating themselves from the surrounding atmosphere. However education is the plus point to the behavior and how females react to certain situation if demanded higher prices in a way that maintain distance and avoid aggression or bad words fight.

In my opinion, females in our houses should have the courage to shop for various household items at the market, if not weekly, at least once a month, females should visit the market, inquire prices, variety and observe the changes. It will help them in keeping themselves updated, participate actively in buying stuff and controlling price hike and consumption.

But still my opinion doesn’t stand with aggressive behavior, loud voices, continuous argumentation and demanding low price by females because they think that she is right. Maintaining some space, respect, way of talking and price handling is significant.

Life of a female from a house window should be sometimes taken out to the market for refreshment and encouraging them to be independent in case of need and emergency in buying any product.