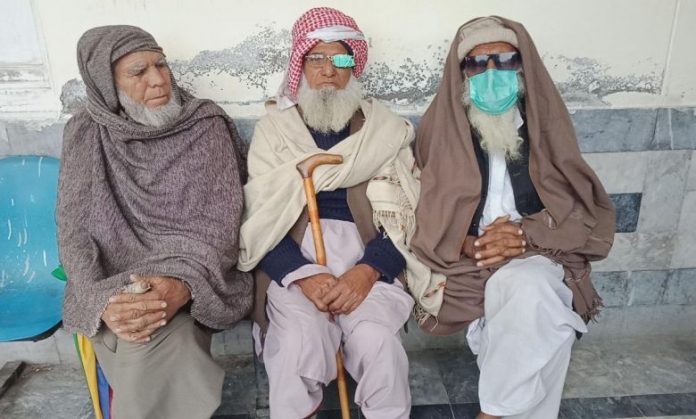 CHARSADDA: At least 15 people undergoing free of cost treatment at a private eye hospital in Charsadda have lost their eyesight.

The affected patients and their relatives also held a protest demonstration against the hospital administration two days ago.

The protesters, who gathered outside the office of district health officer (DHO) situated inside the District Headquarters Hospital Charsadda, said when they arrived at private hospital Al-Shifa Eye Centre for treatment of their parents, they were advised to go to Qadir General Hospital Dhaki. Dr Nifaz Ali of the said hospital had also arranged a vehicle for shifting the patients to Dhakki Hospital.

The protesters said the facility of free eye camp was available at Al-Shifa, but they were asked to shift their patients to Qadir Hospital in Dhakki. They said that upon their inquiry, Dr Nifaz Ali told them that their doctors remain available at Qadir General Hospital for operations and other check up round the clock. The doctor said the remaining check up of patients will be carried out at Qadir Hospital.

The protesting relatives said the operations of their patients were carried out in Qadir Hospital and the patients were brought back for Dr Nifaz Ali, but their condition deteriorated after which the patients were shifted to Peshawar. They said the patients are now out of danger, but they have completely lost their eyesight. They said they have also lodged a written complaint against the said hospital, but station house officer (SHO) of Mandni police station has not filed the first information report (FIR) despite lapse of two months. They alleged that the police had asked them to reach settlement with the hospital with some ‘give and take’.

When contacted, Dr Nifaz Ali rejected allegations and said he only did check up, while operation of patients was carried out in another hospital.

The relatives of patients have demanded action against Al-Shifa Eye Hospital and Qadir General Hospital.