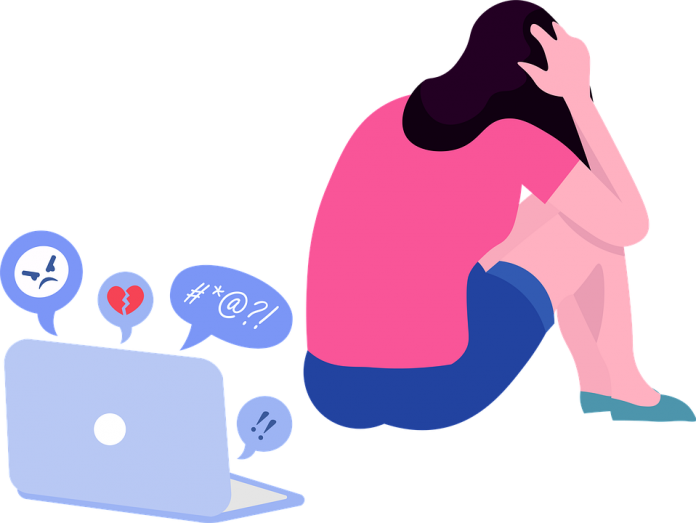 PESHAWAR: “I was bullied by my friends two years ago, I never thought that they could do this to me, they used to post negative comments on my posts and called me ugly, useless, jealous, and black. But they had no idea how it felt to me.

This was stated by Ayesha Aftab, a victim of cyberbullying, who attributes it to the misuse of technology with the intention to harass others. The 25 years old is currently studying at the National University of Sciences and Technology (NUST) Islamabad.

In the year 2019, she posted her pictures on Instagram and WhatsApp status which caused bullying from her friends. Some called her black, while some termed her ugly. That bullying on social media pushed her to depression and anxiety, and made her feel inferiority complex.

In order to deal with the tension and anxiety, Ayesha started consuming alcoholic medicine to get relief from mental stress temporarily and restricted herself to one room for several months. After spending a lot of time in such a condition, she got back to normal life after staying away from technological devices for a few months. During that period she learned to not share pictures and personal information on social media.

Various social media websites have solidly mixed into our lives and our online activities easily seen by our friends, associates, and numerous outsiders. At the point when someone is harassed on the internet, the person/victim generally starts distancing himself or herself on the internet and avoids social activities and gatherings.

Ayesha is not the only girl who faced cyberbullying, but 57 percent cases of bullied females have been reported in the year 2019, while 30 percent male bullying cases were reported in the same year.

According to the Digital Rights Foundation Report (DRF), there are 2,023 cases of cyberbullying and 146 calls reported every month of 2019, while massive increase in such cases was found during the coronavirus pandemic.

Cyberbullying comes in various forms. It does not necessarily mean posting negative comments on someone’s pictures, but hacking their profiles or posing to be someone else too. Cyber harassment is a multi-confronted issue. In any case, the aim of cyberbullying is to hurt people and bring them harm. It is not a light matter and should be viewed appropriately as it has a lot of dangerous effects on a victim.

It upsets the individuals and disturbs their peace of mind. Numerous people are known to experience depression after cyberbullying while some people indulge in self-harm. The negative comments on someone’s posts make people feel inferior and they get fed up with their lives. Thus, one false rumor makes other people question the credibility of someone and this destroys people’s lives.

Using social media is the need of today’s world and we cannot stay away from it as everything is done through it, but here is the need to learn how to be safe from the problems like cyberbullying caused through social media.

Cyberbullying prevention is the need of the hour. It should be checked and stopped. There are different approaches to handle cyberbullying. First of all we should not share our personal information online like home address or phone number, secondly, we should prevent our children from sharing their personal matters online and parents should monitor their online activities. Most importantly, cyberbullying should be reported immediately so this can prevent further such cases from occurring.