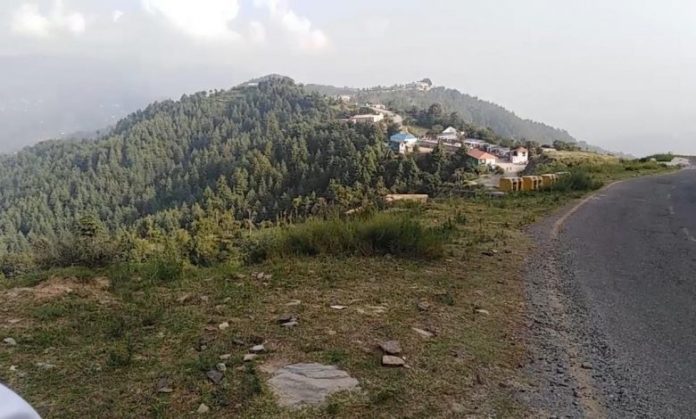 BUNER: Hinduano Kandao is an area situated at the merging point of Buner and Shangla districts, two and a half kilometres from tourist resort Shaheeda Sar.

The local people have now changed the name of the area from Hinduano Kandao to Muslim Kandao.

A local elder told TNN that Hindus used to live in the area long ago due to which it was called Hinduano Kandao, but now no trace or signs of them are left in the area, so it has been renamed by the locals as Muslim Kandao.

A large number of tourists come to the area regularly to enjoy the scenic beauty and attractive landscape of the area. Tourists who came from Poran area of Shangla said while talking to TNN that Muslim Kandao is near to some areas of Poran and Martung areas of Shangla and tourists from these areas come here to enjoy the natural beauty.

People of Muslim Kandao say it has fantastic weather and a great tourist destination. However, there is a problem of clean drinking water supply.

Another tourist destination, Daag Sar, is also situated near Muslim Kandao in Buner. The government has also initiated work on establishment of a seven-kilometre road in Daag Sar to promote tourism and resolve transportation problem in the area. The tourist spots of Sarkob and Sar Baba are also near from Muslim Kandao. However, the route to Sarkob and Sar Baba is in a very poor shape and it is almost impossible for people, particularly the women and children, to reach there easily.

All these areas have great tourism potential. The local people say if the government builds roads and provide other facilities, these areas will attract tens of thousands of tourists every year. They said facilities like hotels and shopping centres can further promote tourism and create job opportunities for the local people. They said there is particularly great scope of job opportunities if new hotels are opened at these tourist spots and tourists coming from other parts of the country need the facilities of stay and food. Boosting tourism in the area will contribute to the overall economy of the country.