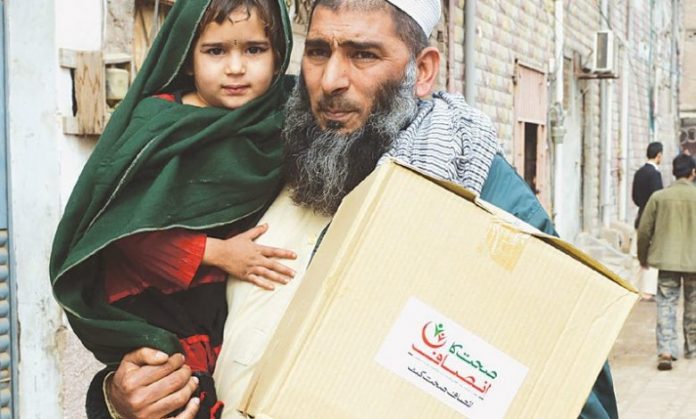 PESHAWAR: Khyber Pakhtunkhwa has become the first province of Pakistan where families can get free of cost treatment of up to Rs1 million from any hospital through Sehat Sahulat Program.

Prime Minister Imran Khan had launched the Rs18 billion program in KP last month. Earlier this facility was available to 2.2 million families, but now the facility has been extended to 6 million families.

“Our target was registering 3 million families for the program, but we could register 2.2 million after which it was decided that the facility must be given to KP citizens on their computerised national identity card (CNIC) instead of Health Card,” Provincial Director of Sehat Sahulat Program Muhammad Riaz Tinoli said in an interview with TNN.

Riaz Tinoli said each family is considered a unit which means husband, wife and their unmarried children. He said people who want to take benefit from the program must immediately register their family with National Database and Registration Authority (Nadra).

The director said that after approval of the KP government, the selection of an insurance company for the program took five months. He said the State Life Insurance has sought four months time from the government for starting services for the program.

Program to start from Malakand

The free medical treatment will be initiated in a phased manner. Riaz Tinoli said the program will be launched in Malakand division in November, Hazara division in December, Mardan and Peshawar divisions in January, and Kohat, Bannu and Dera Ismail Khan divisions in February.

Those having blocked CNICs are not entitled

The provincial director said those having blocked CNICs would not be entitled to the benefits of the program. He said there must be some legal reason behind the blockage of the CNIC. He said the program will benefit only the permanent residents of KP which will be checked on the CNICs.

Riaz Tinoli said the patients of breast cancer will be entitled to treatment under the program even if they are not admitted to hospital. He said there are several breast cancer patients in KP so it is decided that it will be exempted from admission to hospital.

The provincial director said patients visiting hospital need to carry the CNIC of head of family or at least a photocopy, and his/her own CNIC. If the patient is not adult, then Form-B will be required.