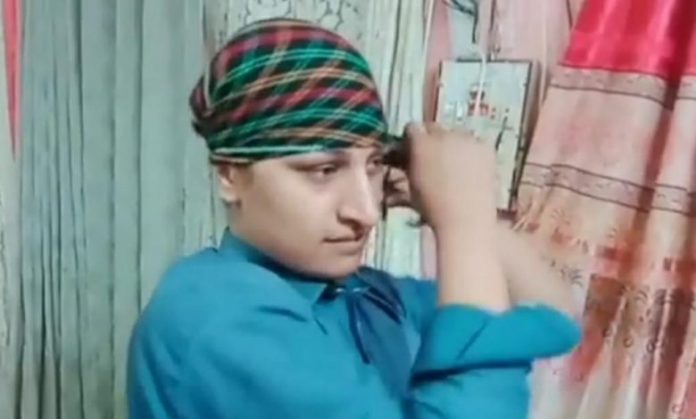 PESHAWAR: A woman, who is driving rickshaw in Peshawar in men’s attire, says poverty compelled her to take this difficult route.

The rickshaw driver Fazeelat says when she got married, she had also wished for a happy life like other girls, but her husband’s attitude was not good and he did not do any work. She said she spent nine years with her husband amid routine quarrels and she also gave birth to two sons and a daughter during that period.

Fazeelat said while talking to TNN that she eventually took divorce from husband and went to her parents’ house, but her brothers also did not support her. She said she decided to start driving rickshaw to make ends meet after getting no support from anywhere. She said she lived in a rented room, but now she has been expelled from there and now she has not shelter either.

Fazeelat complained that police unnecessarily teases her. She said she has no education or skill, and she started driving rickshaw due to compulsion, not by choice.

About people’s reaction to her driving rickshaw, Fazeelat said whenever she carries women passengers, they ask her it would have been great if she were a man, and whenever she carries male passengers, they often think she might be a transgender person and praise her for earning livelihood with honour instead of dancing. She said she has become used to hearing strange comments from everyone, but she has to continue work for making ends meet.

Fazeelat said that with exception of her mother, all other relatives, including brothers, have dissociated from her due to her choice of work. She said there are also good people in society, but some negative people have deteriorated the whole society.

Fazeelat said she wears men’s dress while driving rickshaw and even at home, she is no longer inclined to having make-up or wearing colourful dresses.

“Recently I wore red dress, but even my mother started doubting my character and started believing that people’s negative comments about me might be true, after which I changed my lifestyle permanently,” she said.

Fazeelat advised women not to lose courage if they confront difficult situations and they must earn their livelihood with honour.

“People’s who can’t help others have no right to pass negative comments,” she added.