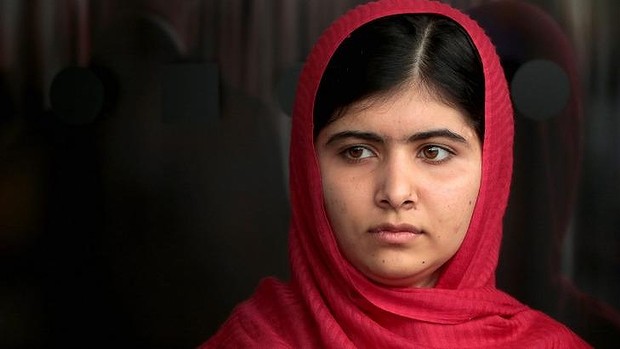 We know that in many countries, girls are less likely to go to school than boys; there are currently 130 million girls who aren’t getting an education worldwide. We also know that girls are more vulnerable to early marriage and human trafficking; 15 million are forced into marriage every year, and 71 percent of trafficking victims are female. We know that 63 million girls are at risk of female genital cutting, that girls are more vulnerable to diseases like HIV, and less likely to be treated for cancers. We know that gender stereotypes are deeply ingrained in both boys and girls before they reach the age of 10, so it’s hardly surprising that poor mental health is a significant cause of death in adolescent girls.

We also hear that girls are the key to eradicating poverty, stimulating the economy, even fighting climate change, if they are just given the right opportunities. But girls are more than just machines for global development: They are citizens with their own successes, challenges, and stories to tell. So today, Women & Girls is collecting the latest news relating to girls, along with a selection of our most important stories about girls from 2017, as well as new dispatches from India and Kenya on programs that are giving girls the opportunities to tell their stories on their own terms. We hope you enjoy them. – Megan Clement, Managing Editor

Struggling to get girls into school: South Sudan tops the list of countries where girls fail to get an education, with nearly three-quarters of school-age girls in the country not enrolled in school, according to a report by the ONE Campaign. South Sudan is followed by the Central African Republic, Niger and Afghanistan, the only country in the top 10 that isn’t in Africa.

India bans rape of child brides: India’s Supreme Court has ruled that men who have sex with their underage wives can now be charged with rape. The court struck down a clause that made it legal for men to have intercourse with their child brides as long as they were over 15 years, despite India’s age of consent being 18.

Malala hits a new milestone: Malala Yousafzai, education advocate and the world’s youngest Nobel Peace Prize laureate, attended her first classes at the University of Oxford on Monday. The 20-year-old Pakistani activist came to international attention in 2012 when she was shot by Taliban gunmen for campaigning for girls in the country to be allowed to go to school.

OUR FAVORITE STORIES FROM THE PAST YEAR

Out of the Box: Giving Voice to Schoolgirls in Kenya’s Kibera Slum: For many girls, enduring a personal problem means suffering in silence. But a school-based program in the Kibera informal settlement in Nairobi lets girls share their secrets and get help using just a piece of paper and a wooden box.

Girls Share Stories of Their First Periods to Fight Menstrual Stigma: In India, a 26-year-old software engineer has begun collecting testimonies about girls’ first experiences with menstruation in an attempt to bust some of the most pernicious myths about periods.

Indian Girls Go on Hunger Strike to Demand Better, Safer Schools: To avoid being sexually harassed during long walks to high schools, teenage girls in northern India have embarked on a protest movement to demand the addition of high school classes at their local primary schools.

Uganda Fights Child Marriage With Job Courses and Kids’ Clubs: Two years ago, Uganda launched a national strategy to cut child marriage rates, but girls are still getting married too young. Now local groups are stepping in to try to tackle the problem with community-based initiatives.

When Girls Get Strong: The Kung Fu Nuns Who Teach Self-Defense: Nuns from the Drukpa lineage of Buddhism are known for their strength, athletic ability and humanitarian relief work. By example, they are teaching conservative villages that girls should be nurtured and supported.

Educating India’s Dalit Children Can Change the Discourse Around Caste: Schools that provide high-quality, gender-balanced education for the children of underprivileged Dalit families can improve the economic well-being of entire communities and start to break down the stigma surrounding caste, says Smriti Sharma of UNU-WIDER.

AND OUR MOST POPULAR VIDEO

Girl Guides of South Sudan Have One Wish: ‘Give Us Our Peace’: In war-torn South Sudan, Girl Guides learn peace-building skills – such as asking the adults around them to put away their weapons – and are counseled on how to support victims of rape.