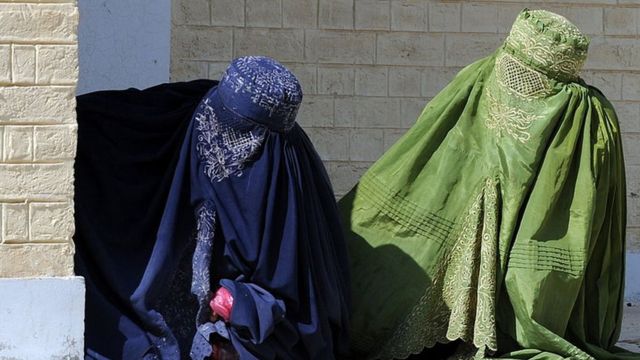 PESHAWAR: Women in our society are generally identified as a sister, wife, daughter, and mother. Do not they have their own identities? If one believes that today’s world really demands to empower women, then the question arises who holds the power? If the answer is men then do they all have equal opportunity to exercise power?

These questions should be answered before new question arise. These questions arise when every individual does not have the power to act freely to exercise their rights. The main problem lies with power that who holds it and who needs to be empowered? After that, one more question arises that what is empowerment? The equal share in power is empowerment which is mandatory for every human being irrespective of color, gender, race and religion. We will never be able to sustain a standard living if half of the population is not being empowered.

These social gapes have multiple roots that are constantly affecting us at various ways. The most dominant one is political in nature. Human is by nature power seeker and almost each action of him has power as the ultimate goal. This is not possible to rule on others until you create sense of inferiority in them. It is the easiest way to create social gaps based on the sense of superiority and inferiority for ruling. Gaining of power is directly or indirectly linked to the identity of gender. Women are always being realized that they have inferior potential capabilities, which makes them inferior and vice versa. This division based on gender makes men more violent to exploit almost half of the population. Therefore, this main concern must be sorted out until it gets the shape of a rebellion.

After that, social norms, values and culture are behind the economic conditions of a nation. Social statuses are always being identified through material and its proper distribution. This shapes the identity of our beinghood and present our status in your society. Women are mostly considered to be deprived of such beinghood which is modified to constant exploitation. Exploitation is not being stopped here even when it reach into the status where men claim for monopoly over women. Women are considered men’s property like land, services and other goods. This is what adds more insult to the injury of women and now as a reaction they are no longer ready to accept this position in society. The same is happening with other genders and they are not being considered as human being rather they are always discriminated. We must be ready to accept its consequences with huge cost if we wish to maintain this status-quo of economics.

Human is a social being and there must be other fellows for individual to express his/her potential for community. Society is the combination of many biological distinguished subjects and each one is equally important. The empowerment of one subject at the cost of other equally affects almost all subjects. The placement of subject is determining the opportunities for self-realization and standard of future living. This is not just limited to an individual level rather; it transforms into national and international level. This is the need of time to accept each individual and give them flexibility to come ahead and serve in the community. It does not mean that everyone should be treated equally rather how they deserve to be treated. Women, men and even other genders have own domain of importance therefore, social discrimination should be avoided that is based on gender identity. The standard of measurement should be the intellectual capabilities of human being. Those who are more competent must be awarded with more rewards instead of unfair retreatment.

In addition to that, religion is one of the most important factors which determine the right to exercise power, liberty, and statuses. Every religion and specially Islam is based on justice. It treats every individual as they are instead to bring one into the position of other or depriving one for others. It always promotes peace, justice and welfare of everyone. One thing is clear that religion does not discriminate an individual based on gender and even the illusion of equality is replaced by equity in Islam. Here question arises if these all rights are given by religion then where the problem is? This may be due to the biased interpretation of religion which is being used by a specific class of the community. It is very important to reinterpret the religious approach on gender division and its role in the community. If the religion is continuously presented for a specific class of the society then there is huge chance for people to rebel. Islam is given every legal right to each member of its community and everyone has own rights and duties. The exclusion from those duties or rights may lead to the disaster of the whole community. Therefore, it should be the demand of everyone to claim for given rights and duties, instead to interfere in others spheres.

Last but not the least, the root cause of a problem must be understood before offering a solution for it. The intensity, shape and strength of every problem is change at different parts of the World. The same problem has different solutions at various places because of its shapes, strength and intensity. The approach to solution is different due to a diverse nature of cultures throughout the World. Culture is not mere a practice, but the way at which we are shaping our views to look at World. Therefore, we must be able to sort out problem through that right relevant cultural perspectives. Our approach to our problem must be derived from our culture and religion instead to go for Euro-centric approach. Social inequalities whether they are gender base or any other form must be understood through our cultural and religious lenses otherwise the effort may be result less. These social inequalities which could be political, social, economic, intellectual, emotional and spiritual should be unstated. Solution to them should not be founded on Euro-centric knowledge as it could not be believed in this the social order due to cultural gaps and so many others factors which has very deep roots in this society.