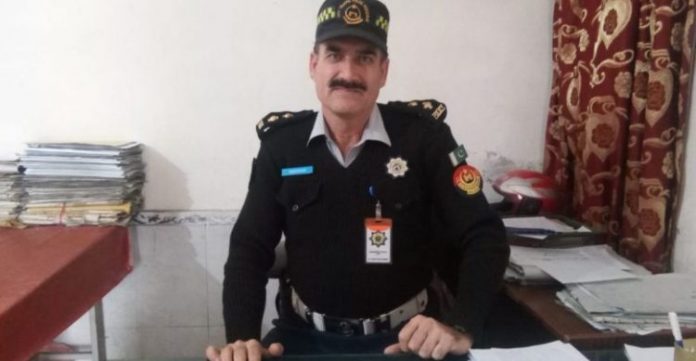 PESHAWAR: TNN has conducted an interview with spokesman for City Traffic Police Rashid Khan on the how to get a driving license from traffic police in Peshawar.

Here are ten important points you should know while applying for license.

1. First of all, you should be 18 years old and should possess identity card. And you must also be physically and mentally fit.

2. Two institutions are entrusted with the task of awarding driving licenses – Peshawar Traffic Police and Transport Department. Here we will talk about the procedure of Traffic Police.

3. There are three centers managed by traffic police in Peshawar, which issue driving licenses. They are, Gulbahar Traffic Headquarters, Peshawar University campus center and Hayatabad Police Station near Tatara park.

4. Traffic police also manage mobile van service that gives license while on go in Peshawar. But one has to keep track of it as when it’s going to be available near you.

5. While at traffic center, the applicant has to get clearance from 11 counters after his file is formed. IThe applicant registers his fingerprints for computerised driving license, his photo is taken and further data is collected.

6. The applicant who passes the trial is considered fit for driving and he/she are issued with driving license. The applicants who fail at the trial are given one more week for practice of driving.

7. Every candidate is given three chances for the trials. However, in case of failure after three trials, the learner permit of the candidate is cancelled. But that happens very rarely.

8. The normal fee for driving license is Rs 1,500, which is submitted at the traffic center or designated bank. The fee for learner permit is Rs 250.

9. If someone passes the first trial after 42-day practice then he is provided a driving license within the next eight days. The renewal fee of the driving license is Rs 1,250. The photo can also be changed in the renewal.

10. If you want to be trained in the Traffic Police centers as a driver, you can take admission in two learning schools established by them. The first is located at Sharqi Police Station in Cantt and the other is at Hayatabad. The admission fee of these driving schools is Rs 2,500 per month.