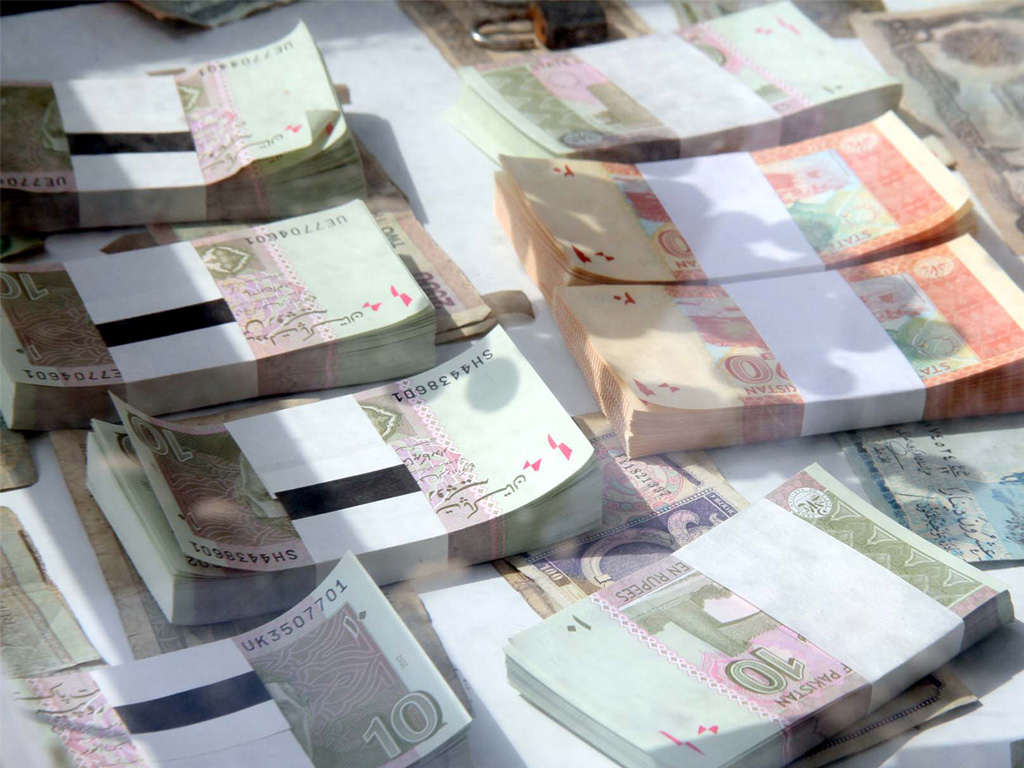 PESHAWAR: The State Bank of Pakistan (SBP) has released Rs350 billion new currency notes for Eidul Fitr which will be available in designated bank branches from tomorrow (Friday).

The SBP spokesman Abid Qamar said the final amount of the new notes issued will be revealed later as the demand was increasing every year. He said keeping in view the increased demand, the government may issue more notes. He said the new notes have been sent to the banks which will be made available to people from tomorrow and the process will continue till 14 June. 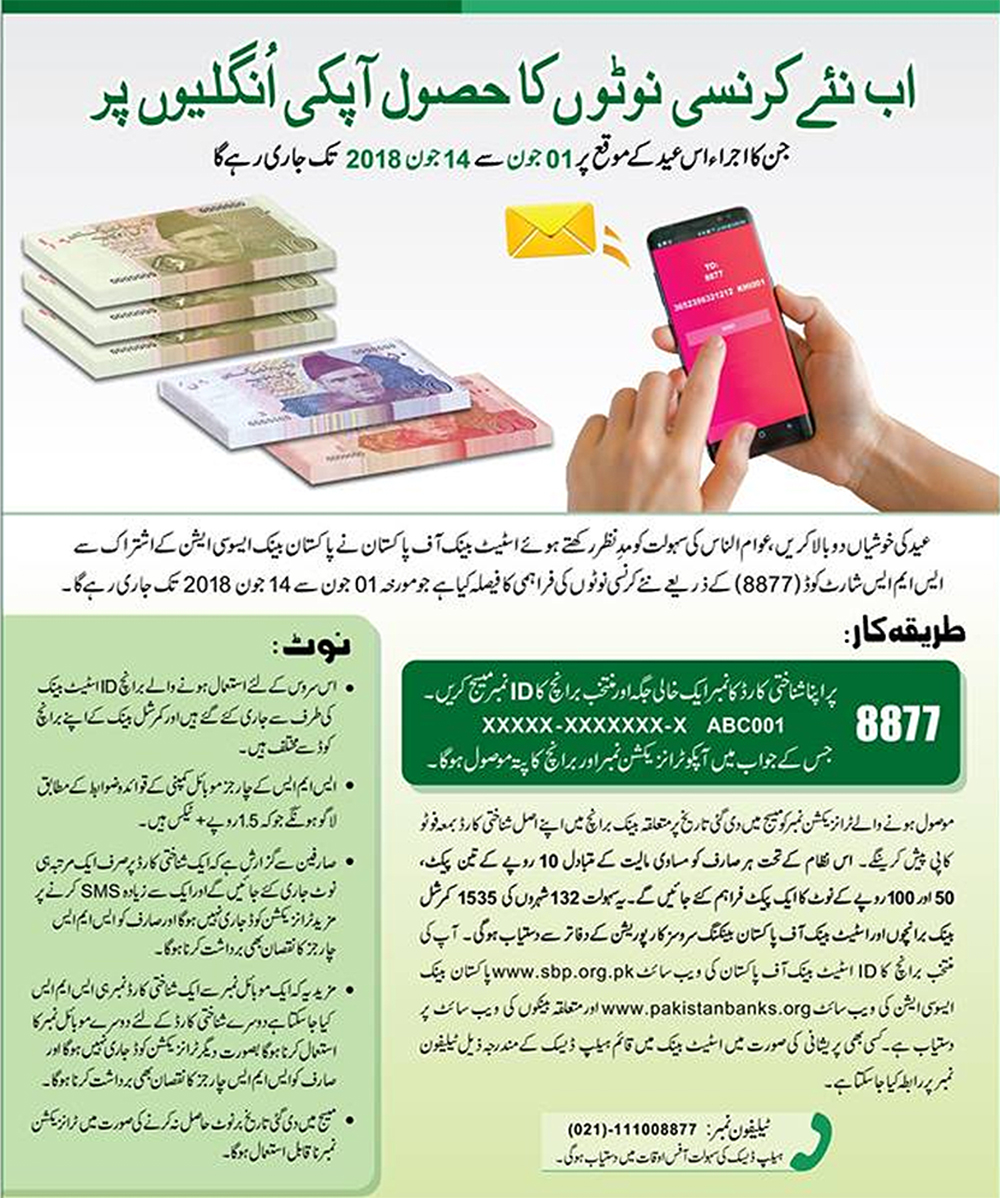 To avail the service, a subscriber will SMS his/her 13-digit CNIC number along with the desired branch code to 8877. The list of branch codes has also been issued. After sending the message, the sender will receive a transaction code through SMS that he/she will have to present at the bank to receive fresh currency notes.

The charges of SMS are Rs1.50 per request. One person can only send one request per CNIC and per mobile phone number.
An individual can obtain three packets of Rs10, one packet each of Rs50 and Rs100 as per availability of stock.