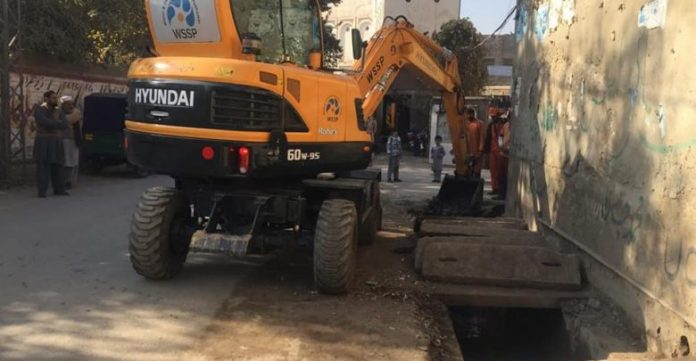 PESHAWAR: If there are heaps of garbage or overflowing sewerage lines, you can just pick up your phone and dial 1334 or download the “Safa Pekhawar” app from the Google Play store to lodge a complaint with the Water and Sanitation Services, Peshawar (WSSP).

When a complaint is received at WSSP, it pops-up in the system installed in the computers of the Zonal Managers and the Company’s top management including the chief executive officer (CEO) until it is resolved.

“We can ensure that a complaint will be resolved within 48 hours,” says Hassan Ali, media manager for water and sanitation services, Peshawar. Ali says that complaint once received are conveyed to all the responsible officials including the CEO of the company.  Since it is accessible to high officials, says Ali, all the responsible persons are trying their best to resolve it without any delay. “Thus the public shouldn’t even think that their complaints will go to a dustbin,” Hasan Ali assured the public.

The “Safa Pekhawar App” meaning clean Peshawar is available on play store for free with language options of Urdu and English. It has separate sections for complaints relating to solid-waste management, sanitation and drinking water supply.

Once the app is downloaded, the public can register into the app by providing their names, national identity card number, contact number and email address. The complainants can also share photos relating to issue along with brief details of the problem with its location in the complaint. After the complaints are resolved, the complainants are contacted via their phone numbers by the officials of the WSSP to inform him/her that the lodged complaint has been resolved and to know whether the complainants are satisfied with service provided or not.

On average, Hasan Ali says, the WSSP receives 20 to 25 complaints per day. Majority of them pertains to leaking water supply pipelines and clogged drains which are noted down and forwarded to the relevant zones for action.

Hasan Ali claimed that WSSP had resolved 99 per cent of complaints. “The 1% complaints that were not resolved were not following in the areas of our ambit but the complainants were contacted back by the company and were informed that their complaint area does not fall in WSSP’s jurisdiction so they should contact the relevant body to address the issue.”