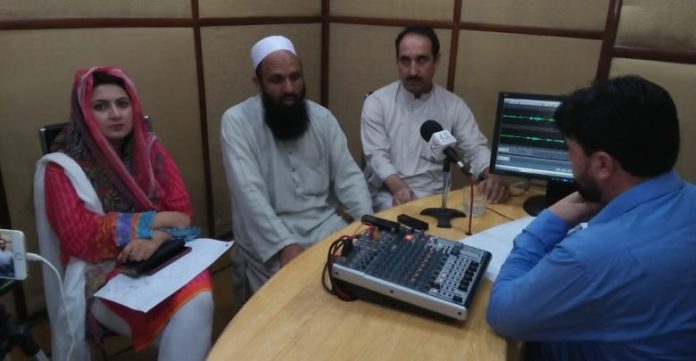 PESHAWAR: The tribal districts teachers’ association has supported the Khyber Pakhtunkhwa government decision to reduce education level, for hiring new school teachers, to SSC in Newly Merged Districts (NMDs), however; social activist believes that it will further harm the education standard in the tribal belt.

The president of tribal districts teachers’ association Naseer Shah Afridi during TNN program “Badloon” said that they have asked Chief Minister Mahmood Khan that since tribal people and educational institutions are impacted by militancy due to which students were deprived of education and their precious time was wasted therefore SCC should be declared as minimum qualification to work as government schools teacher.

Naseer was accompanied by Orakzai-based government school teacher Rehan Orakzai and social activist Wafa Wazir. Naseer Shah said that there is a large number of BA, BSc, MA, MSc degree holders in tribal districts but among them, the number of females is much lower so the decision will benefit tribal women the most.

He revealed that they were pleased with the government’s decision that it would improve women’s education in the tribal districts.  However, Wafa Wazir said that although jobs will be given to the people in the tribal districts, but this will affect the quality of education as 10th class pass will be unable to properly teach students. That is why she is not happy with the government’s decision.

On the other hand, Naseer Shah Afridi said that these teachers will teach the children up to elementary level and they will try to shift the fifth class students to middle and high school. Wafa agreed with him saying that it is okay for them to teach primary level but it is still important to train teachers properly so that they can teach children in a better manner.

She said: “For us, education is a matter of memorizing books and we don’t learn anything substantial in education institutions, that is why our people don’t know how to move forward, I want our children to learn and educated in a proper manner.”

Meanwhile, Rehan Orakzai also flanked Nasser Shah and said that if 10th pass ladies are hired as a teacher, it will have good impacts on girl’s education. “We welcome the government’s decision. It’s not like that there will only be 10th class youth coming for tests as BA and MA pass can also apply and the government will give them a preference,” he said.

In response to a question, Naseer Shah Afridi said that the government had advertised for some 67 SST seats, but about 8,000 people applied for it. He said He is proud that tribal youth are also fond of education and most of them are also highly educated. “But unfortunately our schools are still in ruins,” said the teacher’s head. “I have been studying in a high school since 2000, but now there is nothing more than bricks in that school. There is no proper education facility in tribal districts; there is no seating area, no drinking water or no washrooms. ”

He informed that in the absence of electricity, when it is 10 o’clock in the morning, children got warmed up and they can not learn anymore. He also said that there are two teachers at each primary level school in tribal districts but in other districts there are at least six teachers in each primary school.

Wafa said that it is not just that there is a shortage of teachers only in the tribal districts. This problem exists elsewhere. She said, “I have a talk with a woman who belongs to the tribal district and is a teacher in a school after B.Ed.”

“Now that the government has decided to recruit 10th-grade pass youth as teachers, this will end the thirst for education among the people as if one can get teaching post on SSC why should he get more education?,” Wafa Wazir expressed her views. “Instead of hiring 10th pass, the quality of the schools should be improved and should be equipped with appropriate facilities.

She also asked the government to take strict action against teachers who do not attend their schools’ duty. She also asked for rebuilding schools boundary and ensure a system of check and balance.