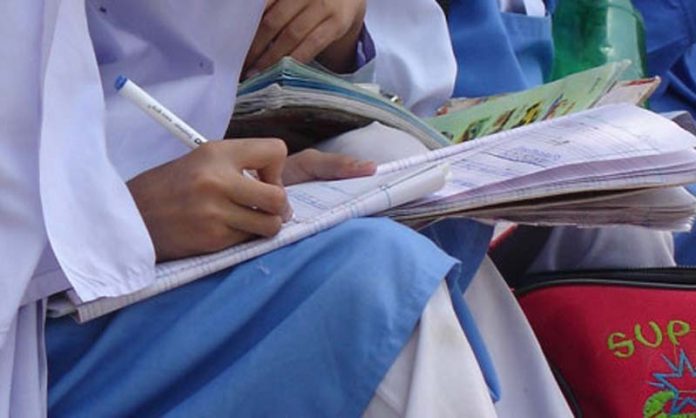 LANDIKOTAL: Dozens of girls students are forced to quit education after graduating from the only girls higher secondary school in Landikotal as there is no degree college for girls in the entire subdivision of Khyber tribal district depriving these girls of their basic right to pursue higher education.

Maria Rahman, who has recently obtained good marks in annual Higher Secondary School Certificate examinations as a science student at the only government girls higher secondary in Landikotal tehsil is worried about her future.

“There is a degree college for boys in Landikotal but I cannot take admission in the college due to conservative tribal culture. Students of our school have asked the authorities concerned time and again to start Bachlor of Science classes in their own school but they (authority) refused” she said while talking to TNN.

Parents and local elders claimed that they have written so many letters to director Education and visited his office requesting him either to approve a degree college or make alternative arrangements for intermediate passed female students but to no avail.

“Parents and elders are alleged that they don’t allow their daughters to get education but the fact is that there are no facilities or institutions where our daughters could get education,” said Haji Islamuddin Afridi, a local elder.

Talking to TNN, District Education Officer Jadoon Wazir said that they cannot start BS classes in the girls higher secondary school as they don’t have qualified staff particularly professors. He advised parents to send their daughters to Government Girls Degree College Jamrud if they want to pursue BS classes.

Another student Asma who has just passed intermediate exam from the girls higher secondary school said that Jamrud was 30 kilometer away from LandiKotal where girls cannot go for education due to poverty and restrictions from families. “Around 20 female students who have passed Faculty of Science exam from our school have decided to quit education as we cannot do graduation in science subjects in absence of degree college for girls in Landikotal tehsil”, she revealed.

Local and parents threatened if steps were not taken by the government to provide higher education to the affected girls in Landikotal, they would launch a protest drive and sit-in outside governor house Peshawar.