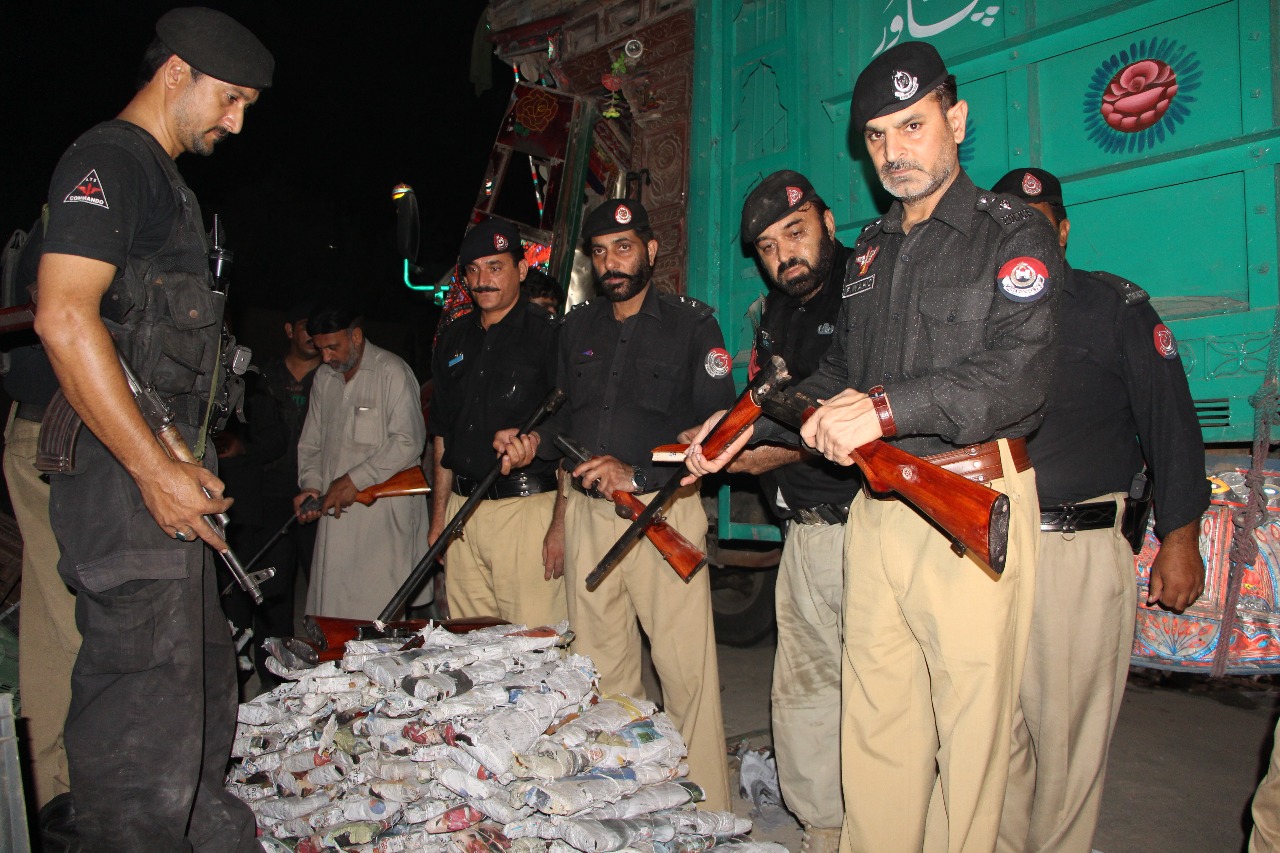 Senior Superintendent of Police (SSP) Operations Sajjad Khan said Peshawar Police received a tip off that a truck filled with arms may enter Peshawar any time for smuggling arms from FATA to Punjab. He said policemen were deployed at all the entry and exit routes for strict checking of vehicles. He said the driver of the truck and smuggler left the truck on Ring Road in the jurisdictions of Bhana Manri Police Station and fled the scene when they saw enhanced security measures and they were convinced that it will not be possible for them to smuggle the arms.

Police with the help of bomb disposal squad officials recovered 150 pistols from hidden compartments of the truck. Further investigation into the matter is underway.