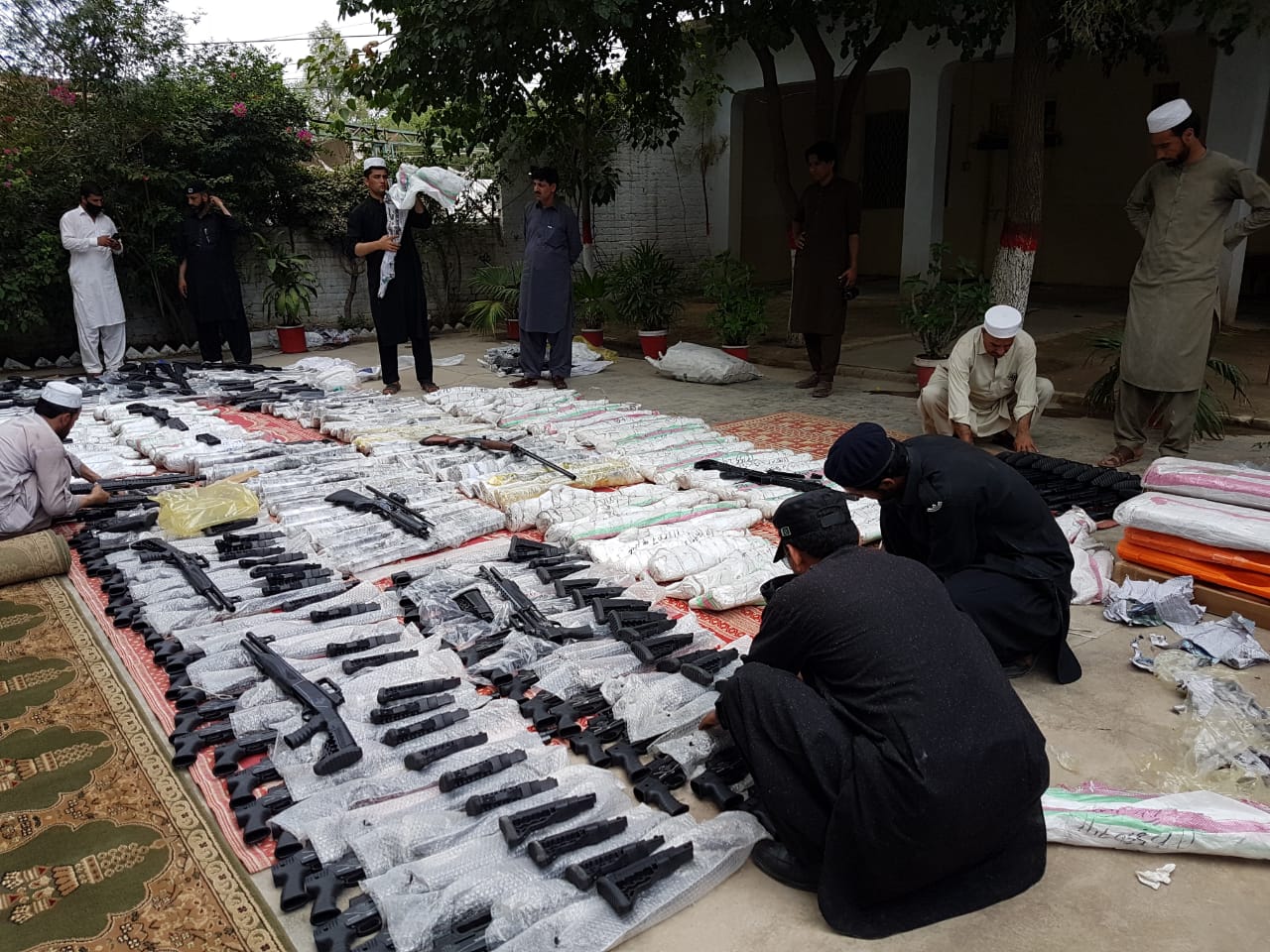 LANDIKOTAL: Pakistani Customs officials at Torkham border on Wednesday recovered a huge quantity of arms from a vehicle coming from Afghanistan.

Assistant Collector Sajid told TNN that he had received a secret information about the possible smuggling of arms and ammunition after which he asked all the officials to ensure strict checking of every vehicle coming from Afghanistan. A vehicle bringing cucumbers was stopped and upon checking a huge quantity of arms was recovered from its hidden compartments.

The officials were counting the arms which included guns of various bores till filing of this report. The arms smugglers have been arrested.

The recovery of such a huge quantity of arms on the Pak-Afghan border few days ahead of general elections in Pakistan is seen as a significant development. These arms could have been used for sabotaging law and order situation in Pakistan during the massive polling exercise.

The incident happened a day after Afghan President Ashraf Ghani assured the Pakistan Prime Minister and Army Chief that security would be enhanced on Afghan side of the border during the general elections in Pakistan.