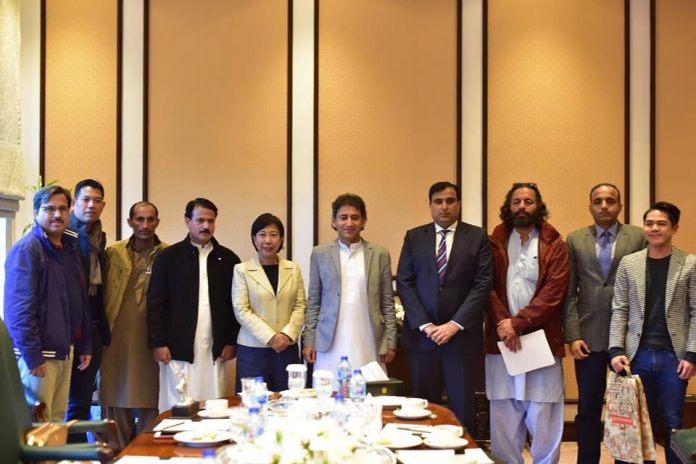 PESHAWAR: Khyber Pakhtunkhwa Senior Minister for Tourism Atif Khan has said that for the first time any government has identified potential of tourism industry in the country and started efforts for its promotion.

In a statement issued after meeting a high-level visiting delegation of Tourism Authority of Thailand, the minister said that the federal and provincial governments are working in collaboration to promote tourism in the country and foreign missions have a very important role to play in tourism promotion.

Atif said the government’s decision to launch e-visa application and issuing visa on arrival and resolving their concerns relating to no objection certificate (NOC) are meant to facilitate foreign tourists. He said Pakistan has lot of attraction to attract foreign tourists and Khyber Pakhtunkhwa has hundreds of Buddism civilisation sites which needs to be promoted properly across the world including Thailand where followers of Budhist religion reside in large numbers.

Nursing, paramedics college to be set up in Lakki

KP Health Minister Hasham Inamullah Khan Friday said a nursing and paramedics college will be set up in Lakki Marwat with a cost of Rs1.3 billion.

Talking to media persons in Lakki Marwat, the provincial minister said provision of healthcare facilities to the people of far off areas is among the top priorities of the government. He said a trauma centre will be set up in District Headquarters Hospital Lakki which will cost Rs250 million. He said health authorities will be set up in every district after approval of new health policy by the KP government.