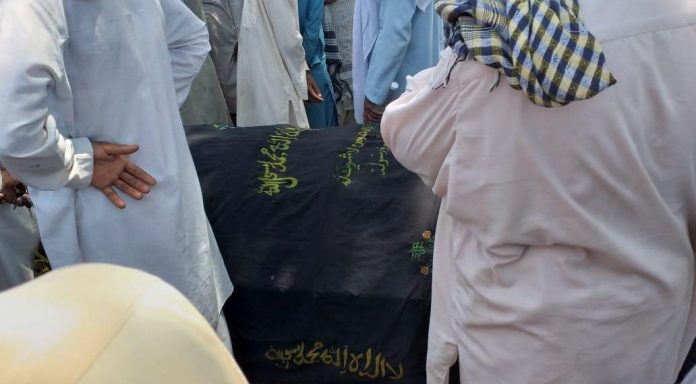 NOWSHERA: A husband allegedly slaughtered his wife for ‘honour’ here in Kaka Sahib Ziarat area of the district on Saturday. According to TNN correspondent, the deceased was identified as Aalia and she was the mother of three children.

The Nowshera police have denied providing further information until the completion of the investigation process. According to details the deceased woman had left her husband house and was living with her parents. However, on May 9, she was accused to have eloped with a man, identified as Deen Muhammad, a resident of Bahadur Khel in Ziarat Kaka Sahib.

The police record shows that after her brother registered a case with police, she was recovered from the custody of Deen Muhammad and to protect her from any violence in the name of honour, she was sent to Darul Aman in Mardan.

The police sources informed that on the assurance of her brother, Shahrukh, She was allowed to leave Darul Aman for her parent’s home. However, once she came back to her parent’s home, her husband requested her to come back to his home and three children.

But once she reached the house, her husband has allegedly subjected her to severe torture throughout the night. She was hit with a sharp knife and in the morning, she was brutally slaughtered allegedly by her husband. But her husband shifted the dead body to Nowshera district hospital and registered a case with the police station that her brothers have attacked the house and killed his wife.

After the registration of the case, the police arrested her three brothers. However, the people of the area came to the road in protest and accused the police of one-sided investigation in the case. They put her dead body on Nowshera-Charsadda road and chanted slogans against the police.

After the police assured the protestors that a fair and transparent investigation will be conducted intothe case, the protestors cleared the road and the deceased was laid to rest in her ancestor graveyard. Police have also arrested a woman, who is stated to be a prime witness in the case.