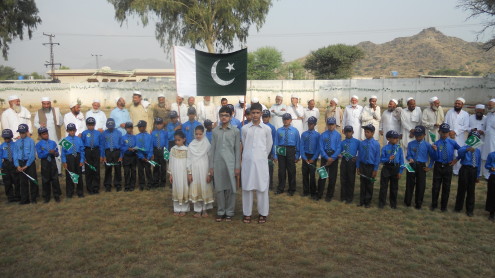 A large number of administration officials, tribal elders, teachers, students and other people participated in the events.

National flag was hoisted in the district and agency headquarters. Speakers of the ceremonies debated the importance of independence and the sacrifices of our forefathers.

The participants paid tribute to the martyrs of the operation Zarb-e-Azb. Children also participated in competitions of declamation and patriotic songs in various schools.